Alongside Redmi K30 series and RedmiBook 13, Redmi also announced the Redmi AI Speaker Play powered by Xiaomi’s Xiao AI Assistant and a dual-band Redmi Router AC2100. They are priced at 79 Yuan and 169 Yuan respectively and will be available starting December 12. 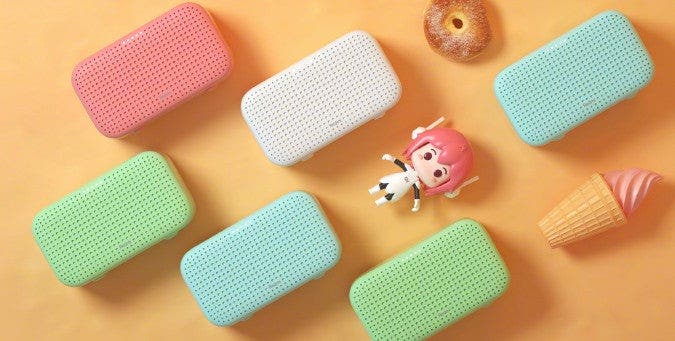 Xiaomi is more than a smartphone manufacturer with a wide range of product portfolios. Earlier this year, the company spun-off its Redmi series of smartphones into an independent brand, similar to what Huawei has done with Honor. Within its first year as a separate brand, Redmi has now a wide range of product offerings like smart TVs, laptops, a smart speaker, and even a router apart from smartphones which it’s well-known for.

The new Redmi AI Speaker Play by the brand is similar to Amazon Echo or Google Home / Nest which can be used to control smart devices. It comes with Xiaomi’s 3rd generation XiaoAI Assistant which now also features a male voice for the very first time. The device features a 1.75-inches 5W speaker with a large 350cc sound cavity fueled by the company’s CrystalWave technology. Additionally, it also features Bluetooth Mesh gateway to control other Bluetooth-enabled devices. Talking about Redmi Router AC2100, which is the brand’s first-ever WiFi router, comes with support for both 2.5Ghz and 5Ghz band. Underneath, it features an 800MHz dual-core four-threaded CPU coupled with 128MB RAM. On the outside, it is surrounded by six high-performance antennas with six-channel signal amplifiers. Other features of the Redmi router includes 4×4 MIMO, IPV6, anti-snooping, and beamforming, up to 2033Mbps speed, and can support up to 128 devices at once. The router can be configured and managed using Xiaomi MiWiFi app and Mi Home app.

Previous Motorola One Zoom Reviewed by DxOMark, Gets a Disappointing Score