If you’re a person who likes extreme sports or traveling light without a large camera on the back, then you’re probably a fan of action cams. There are obviously lots of options on the market, going from the most inexpensive ones at around $30 which will make you regret you ever bought them, to the most expensive models from GoPro which only few can afford.

Well, today, we have a look at a camera that sits in the “mid-range” category as far as pricing is concerned, while bringing some of the features you usually find on high-end products. These include high resolution, high frame rates, on-board stabilization and much more. So, if you were looking for a great bang for the buck device, keep reading our review of the Vantop Moment 6S action camera! Let’s start, as always, with the packaging. Here Vantop does its best with an incredible amount of accessories included in a very stylish cylindrical package. Inside, we indeed find a waterproof case so that you don’t need to buy one later on, a helmet mount and two straps along with it, a bike mount, lots adapters, two batteries, a microphone and finally a wearable remote controller to control the camera directly from your wrist. Additionally, the brand even goes as far as including a replacement panel for the waterproof case. In terms of design, the Vantop Moment 6S reminds us of the previously mentioned GoPro action cams, with a display both on the front and back of the camera. Obviously, the one at the front is just a black and white OLED screen which will show us various data. Meanwhile on the back we find an extra large 2.33-inch panel with 720*480 resolution. The display supports touchscreen and it’s bright for a great user experience outdoors.

On the outside of the camera we then find a 7 layers glass lens with a 170° FOV and F/2.8 aperture that covers the large SONY IMX377 image sensor with a size of 1/2.3-inch and 12MP resolution. 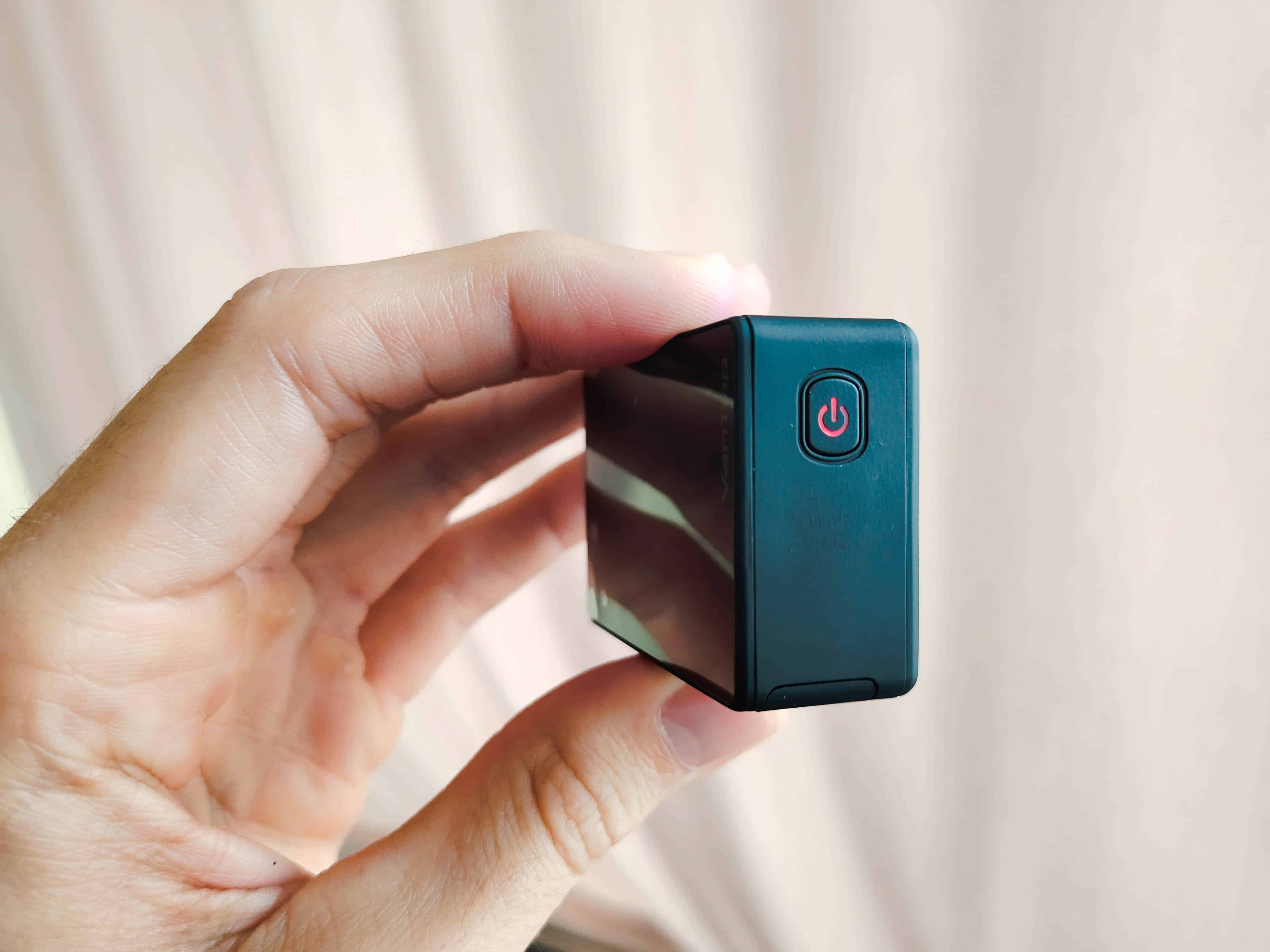 We also have two LEDs at the front that show us the status of the camera, a red LED on the power on / off button and a blue LED on the record button.

Ports wise, the action camera comes with an USB Type-C port for charging, transfer files to your PC and to plug in the included external microphone. Finally, there’s a tripod mount and a compartment for both the removable 1200mAh battery and microSD card slot. As far as the build quality is concerned, the camera feels very solid and the plastic appears to be of the high quality type. Thus we expect it to survive in extreme scenarios; although you should probably use the waterproof case for that either way. The Vantop Moment 6S is a very smooth action camera both inside the menu and when shooting videos thanks to the powerful Ambarella H22 S85 we find on-board. We could indeed shoot 4K videos at 60fps flawlessly for some rather impressive footage (in perfect conditions). The camera can also record videos at 8 times slow motion, but as expected that lowers the final quality, so we suggest to just shoot at 4K 60fps or lower the resolution to 1080 manually and shoot at 120fps. Additionally, you can shoot even at as much as 240fps at 720p res.

Another very nice feature on the action cam was the built-in zoom function up to 8x that actually worked very smoothly. Of course this will degrade the quality, but if you really need a close-up shot of something, you now have the option.

The wearable remote controller for the camera also worked without hiccups. The device can be worn on the wrist and connects through 2.4Ghz WiFi to start and stop recording videos, snap photos, turn on / off WiFi and turn off the camera. You can also connect your smartphone if you so desire using the 2.4Ghz/5Ghz integrated module, which can be very handy in some situations, but given the fact the camera has a large display and you can already control it remotely with the accessory, we don’t see a big use for it. That said, you can use the MOMENT app to share your videos on socials.

Finally, we were able to use the camera a couple days before the battery gave us a red alert. This means you can probably shoot till you fill up your microSD before having to replace the battery (there’s a spare one included as well). 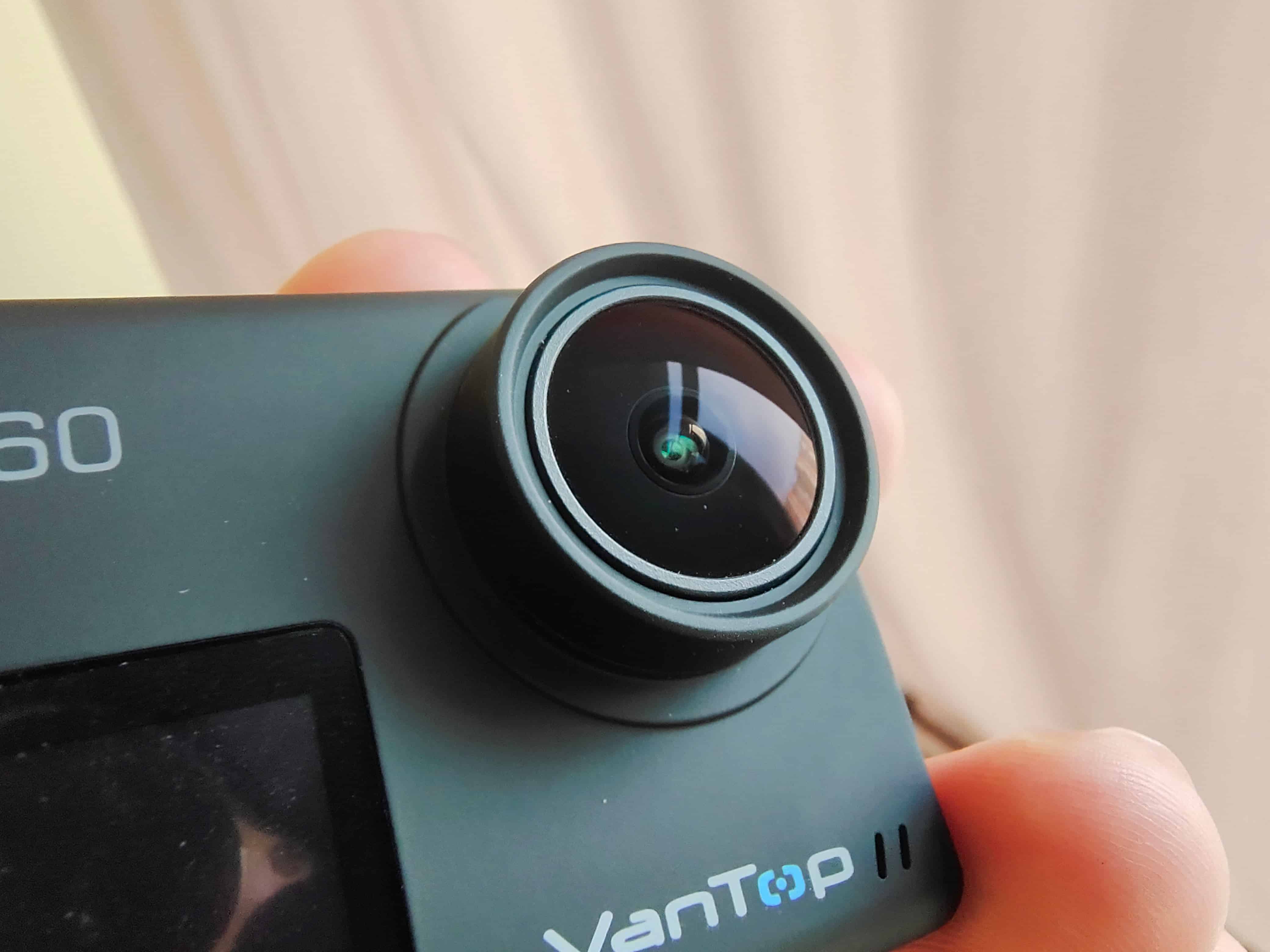 Video quality wise, the Moment 6S by Vantop was able to deliver what was promised, i.e. some high quality 4K video at high frame rates (both in h264 and h265 formats). Plus we also made a quick comparison between having “SmoothFlow Stabilization” on and off.

Either way, let’s just have a look at the video footage itself so that you can judge for yourselves.

Beware though, the quality appears to have degraded a bit after rendering the clip; thus we added the untouched footage below: 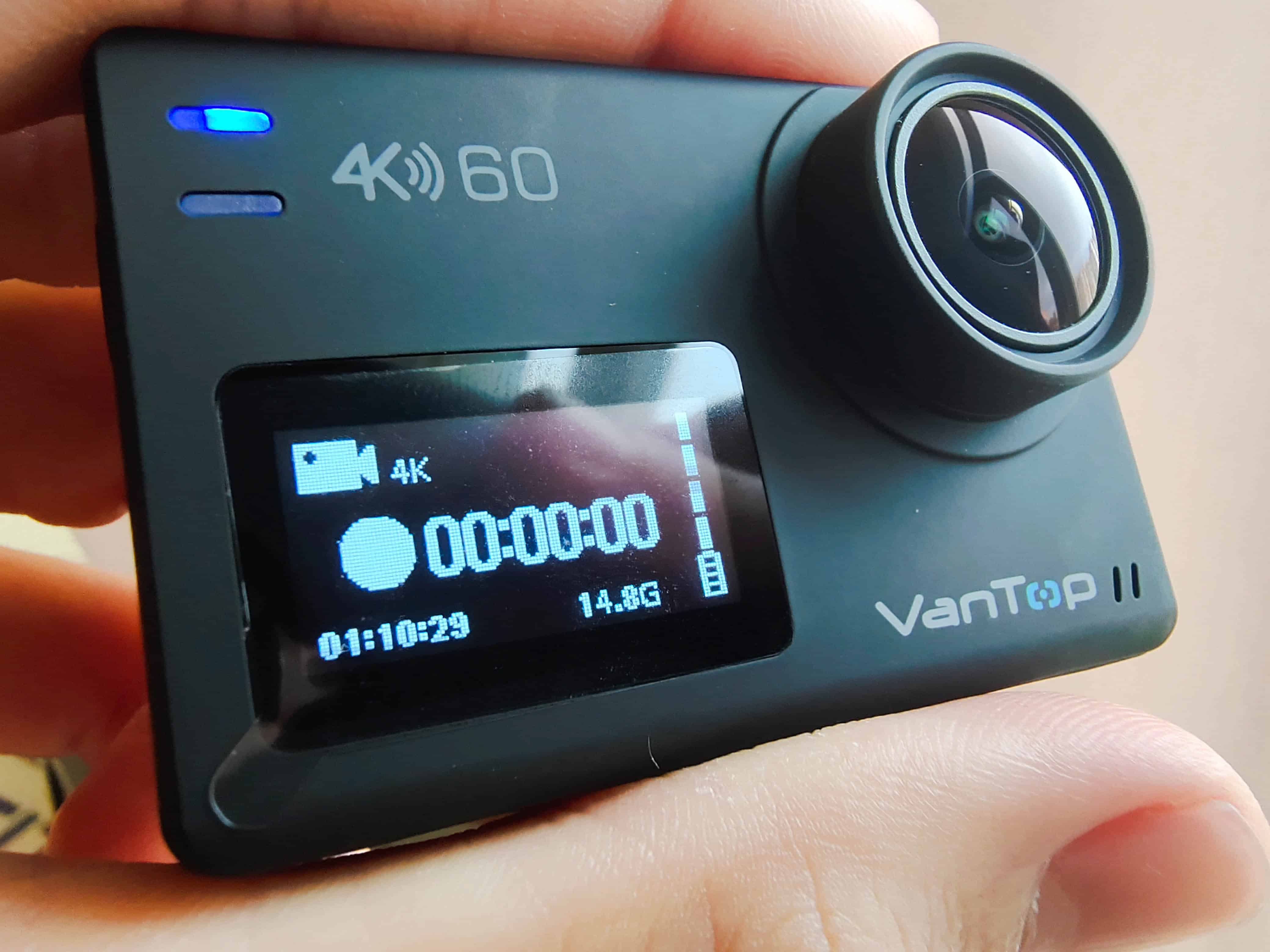 As far as pictures were concerned, the Vantop Moment 6S performed relatively well; which means above average for an action cam while still not as good as a smartphone. So, yes you can use it to snap good photos if you wanted to, but since you’re probably already standing still, we suggest you just use your handset for that specific task.

Here are some photo samples: If you made it this far you probably already know what our conclusions are. The Vantop Moment 6S is a solid action camera that brings everything it promises to. It shoots high quality 4K footage at a nice 60fps and the stabilization technology works quite well. The display and the UI are also very slick for a great user experience and the incredible amount of accessories make it worth the price.

You can currently get the Vantop Moment 6S for $199.99 on the company’s official website.

Previous Galaxy S11 might get Snapdragon 865 for most regions

Next Redmi 6 / 6A Global Version now getting MIUI 11 update