A couple days back, Chinese phone maker Meizu teased us to be working hard to bring a Qualcomm Snapdragon 865-equipped smartphone before all the competitors. Today, the company officially confirmed the Meizu 17 will be announced tomorrow, or at least something about it will. 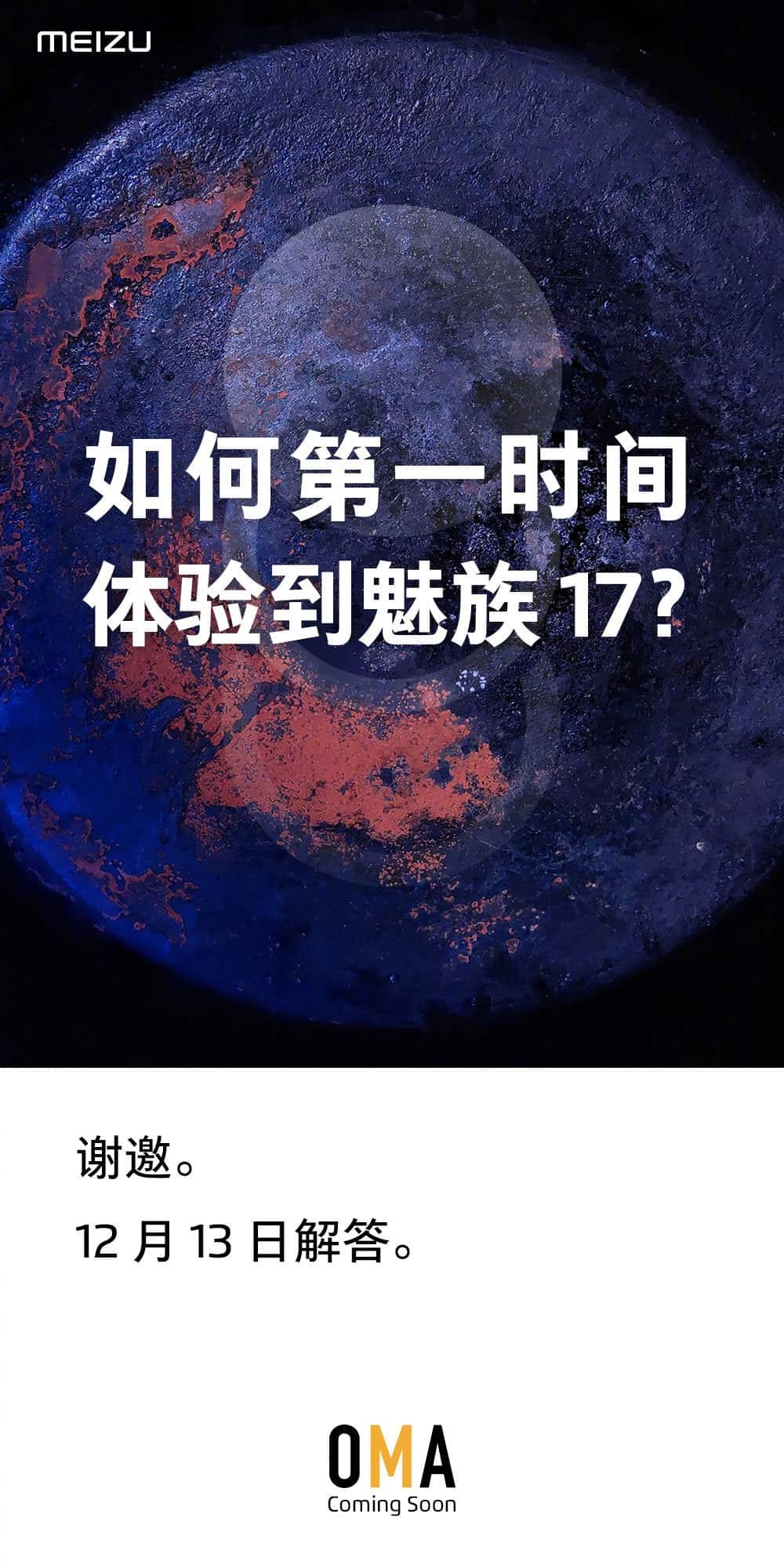 Meizu is not too clear about what we’ll be seeing in 24 hours. All the phone maker released is indeed the image above along with the words “How to experience Meizu 17 for the first time?”. To which, Chinese users answered the likes of “By buying Meizu”, or “By working at Meizu” and even as far as “By dreaming about it”.

Irony aside, the new teaser would suggest the Meizu 17 is actually coming tomorrow; which would be very early all things considered. As always though, announcing a smartphone doesn’t mean having it readily available. Thus the Chinese brand might launch it on December 13th and then bring it to the market in January. At that point, does it even matter when it was officially launched?

Either way, Meizu’s upcoming flagship is going to pack the most powerful and recently unveiled Qualcomm Snapdragon 865. A chipset built on a 7nm manufacturing process with Kryo 585 cores and a clock of up to 2.84 GHz. It also brings the new Qualcomm Spectra 480 ISP to capture professional-quality photos and videos much more easily; it can indeed process 2 Gigapixels per second. Allowing the SoC to support 8K video recording, capture 200 megapixel photos and simultaneously capture 4K HDR video and 64 MP photos.

The Meizu 17 will also be 5G ready, of course. So, it will be able to support the next gen cellular network in Dual-Mode NSA / SA. For those who aren’t aware, most 5G phones currently on the market only feature NSA mode, which will be obsolete by next year according to Honor’s vice president.

What do you guys expect to see tomorrow? A new device or additional teasers? Let us know down below!

Next Samsung Galaxy A51, Galaxy A71 go official