Chinese manufacturer, Oppo, is doing all it can to release good devices into the market. The company is doing quite well in China. However, it needs some investments to get more share in the global smartphone market. Recently, two new Oppo phones appeared on Geekbench. These smartphones come with MediaTek Helio P60 as well as 8GB of RAM. 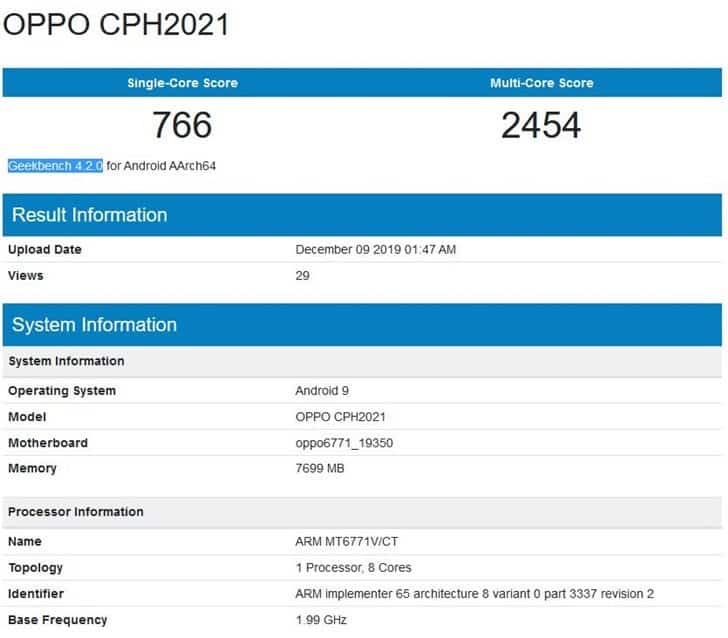 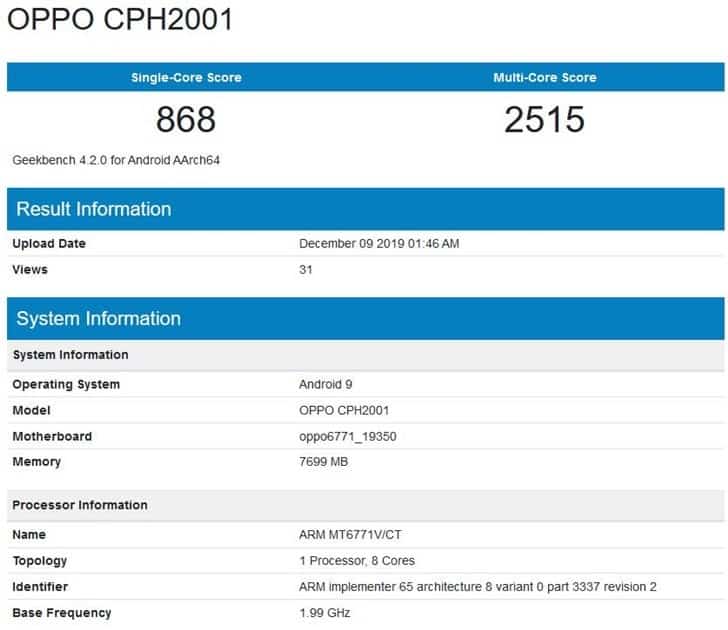 According to Geekbench’s information, both phones use the Android 9 Pie operating system, 8GB of memory and MediaTek Helio P60 processor. Unfortunately, this is about all the information that the listing has.

Next OPPO A8 2020 appears on TENAA database