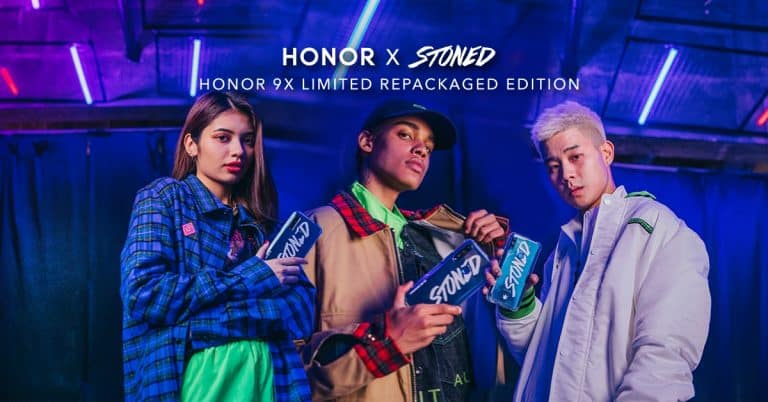 The Honor 9X Stoned & Co. Limited edition will retail for 999 Malaysian Ringgit, it is around ~$241. Apart from the differences in packaging and the custom case, specifications remain the same. Therefore, we will see the comeback of the Kirin 710F chipset paired with up to 8GB of RAM and 128GB of Storage.

The Honor 9X has a 6.59-inch FHD+ notchless display with a pop-up 16MP selfie snapper. Around the back, we have a triple camera setup that comprises of a 48MP Primary + 8MP Ultrawide + 2MP depth modules. The handset draws power from a 4,000mAh battery which charges via 10W fast-charging straight out the box.