The last decade has consecrated the era of the smartphone. The 11-14 year-olds spend an average of 129 minutes a day on their mobile, compared to six minutes on a computer. A boon for mobile game developers who, however, are sometimes the subject of real addictions. According to the analysis platform AppAnnie, global spending on these games should exceed 75 billion dollars in 2020. In its report published this week, AppAnnie takes stock of the mobile games market during the 2010s.

Below is the global ranking of mobile games that have generated the most money: 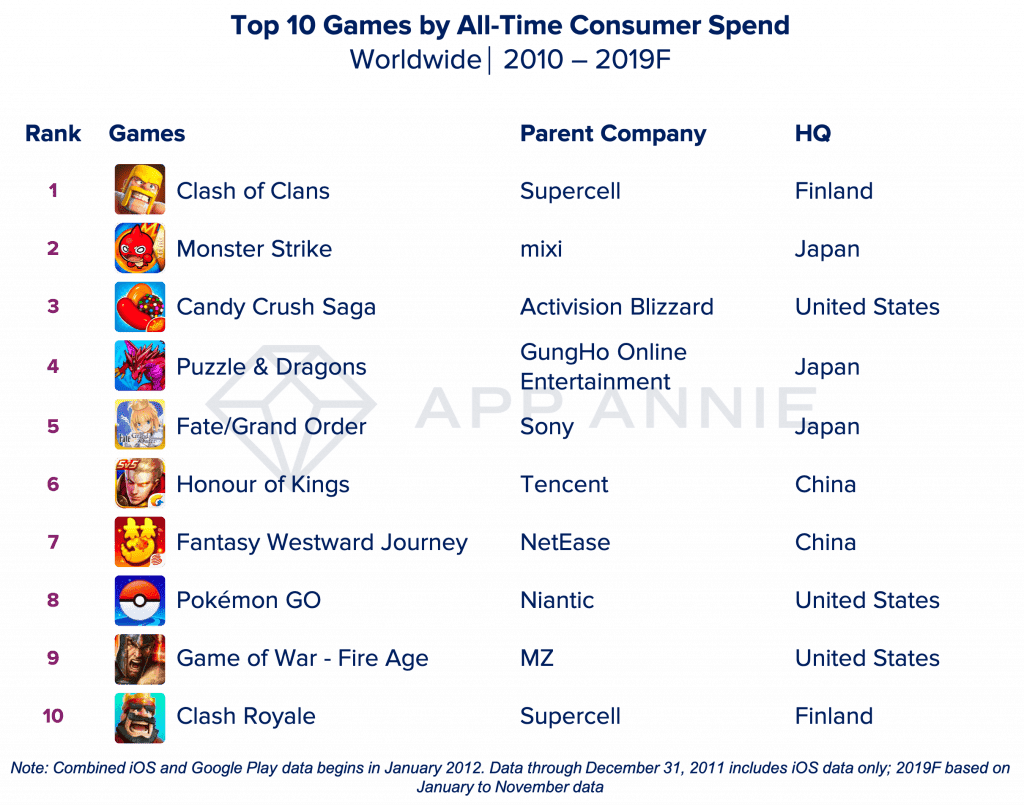 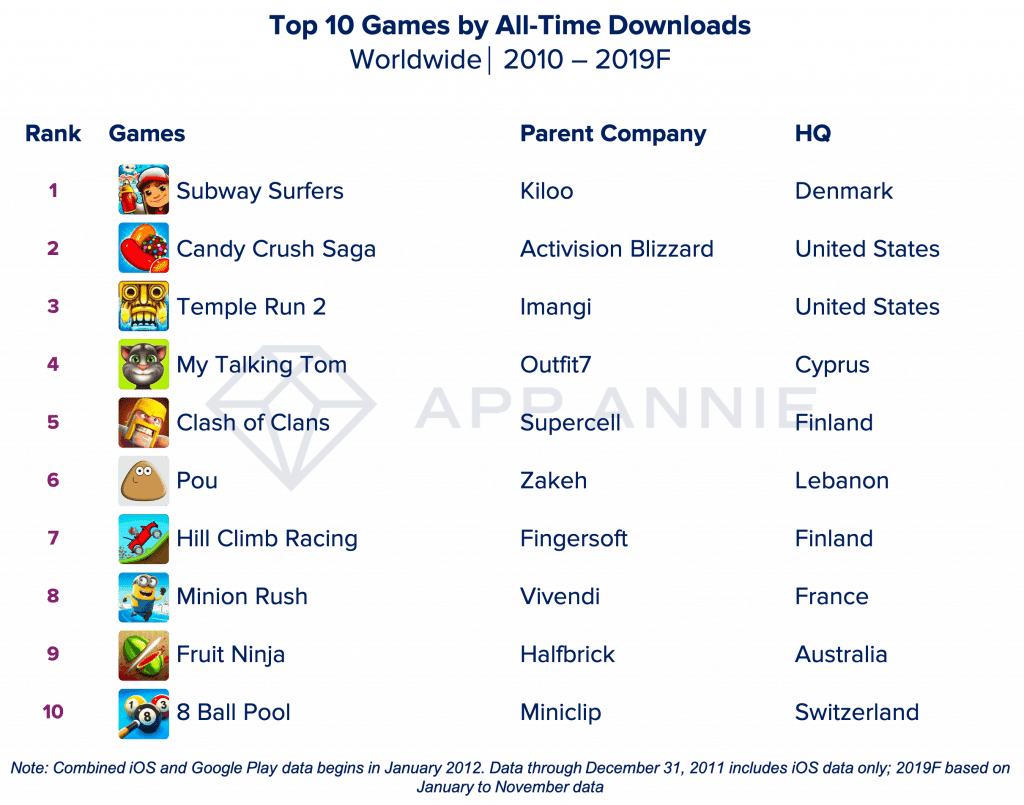 In the world ranking of the most downloaded games, Subway Surfers, from the Danish developer Kiloo, comes first, ahead of the well-known Candy Crush Saga. The AppAnnie Institute gives the reason for this ranking. Subway Surfers was a huge success in India, where 15% of its global downloads come from.

Clash of Clans and Candy Crush Saga stand out as the only 2 apps to appear on both the top apps by downloads and consumer spend lists. Monster Strike, Puzzle & Dragons and Fate/Grand Order rounded out the top 5 apps by consumer spend for the decade.

This decade has been a time of remarkable growth for the mobile economy. With a 5% increase in downloads, and 15% growth in consumer spend (excluding third-party Android) year-over-year in 2019 this looks set to continue in 2020. For a deeper look into the most successful apps and games of 2019, check our blog post on the mobile highlights of 2019.

Previous Facebook is the most downloaded app of the decade, Netflix the one we use the most

Next OnePlus 7T Pro is the best smartphone of 2019, according to The Guardian

Home Pong Atari Prototype Goes Up For Auction, Sells For Over $270,000

Netflix to acquire the publisher of Stranger Things and Walking Dead