Microsoft displays advertising in several of its applications preinstalled in Windows 10 without the user being able to remove it.

Advertising in Windows 10? Microsoft is not at its first attempt. The American firm has long had the gift of cunning to display advertisements in its operating system.

We also remember very well the advertisement displayed on the Windows 10 lock screen, in the file explorer, in the security updates, or in the Start menu of the operating system.

This time, Microsoft is self-promoting in several applications on Windows 10, We are talking about Mail and Calendar.

Windows 10: You can’t get rid of this ads

The ads were discovered by users in their Outlook and Mail app, but also in the Calendar, where the user is invited to subscribe to a Premium Office 365 version, or to download the Outlook application for mobile. 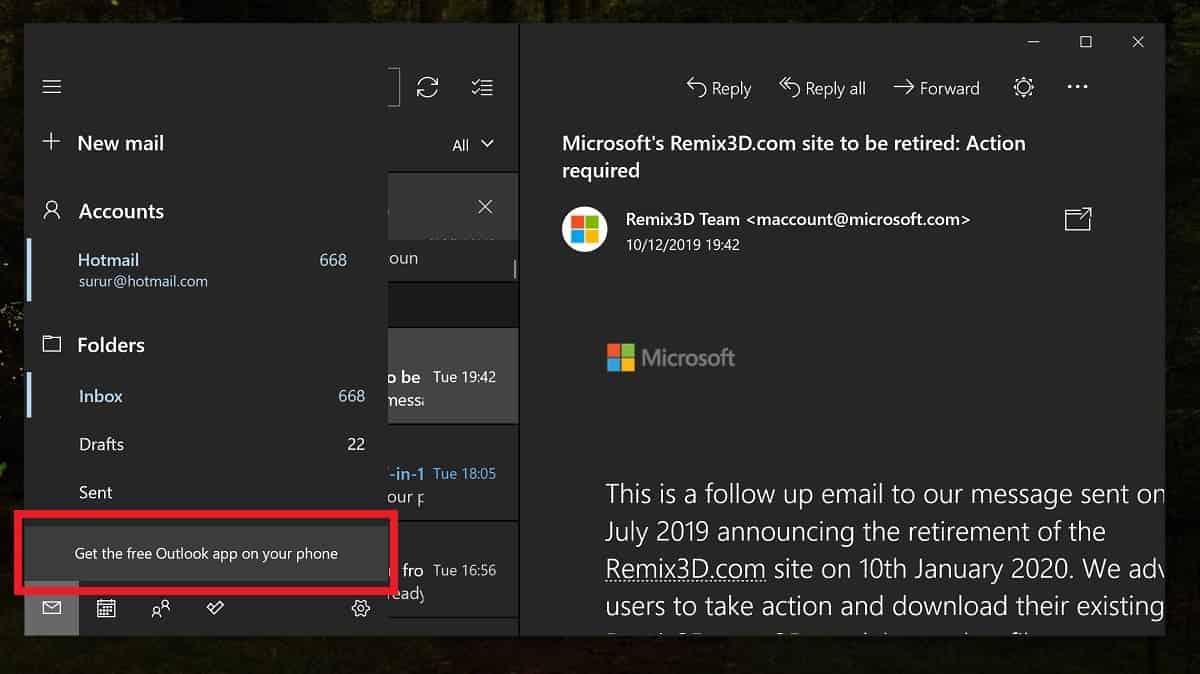 The only problem is that there is no way to remove the display of these ads. To answer users’ questions, Microsoft explains that the advertisements will be always displayed. Regardless of the email address used and that they cannot be removed.

The dissatisfied are invited by the Redmond firm to come and offer their suggestions within its Comment Hub.

It is worth to mention that as Microsoft has just released the new update of Windows 10, a new phishing campaign takes the opportunity to spread in the form of an email, prompting users of Windows 10 to install a critical update. Researchers at Trustwave have released details of this new threat. That attempts to trick users into hijacking their PCs and demanding a ransom.