A couple days back, Chinese smartphone brand DOOV launched their X11 Pro. Basically an iPhone 11 Pro clone – at least on the back – with the three rear cameras arranged the same way we have on Apple’s phone. 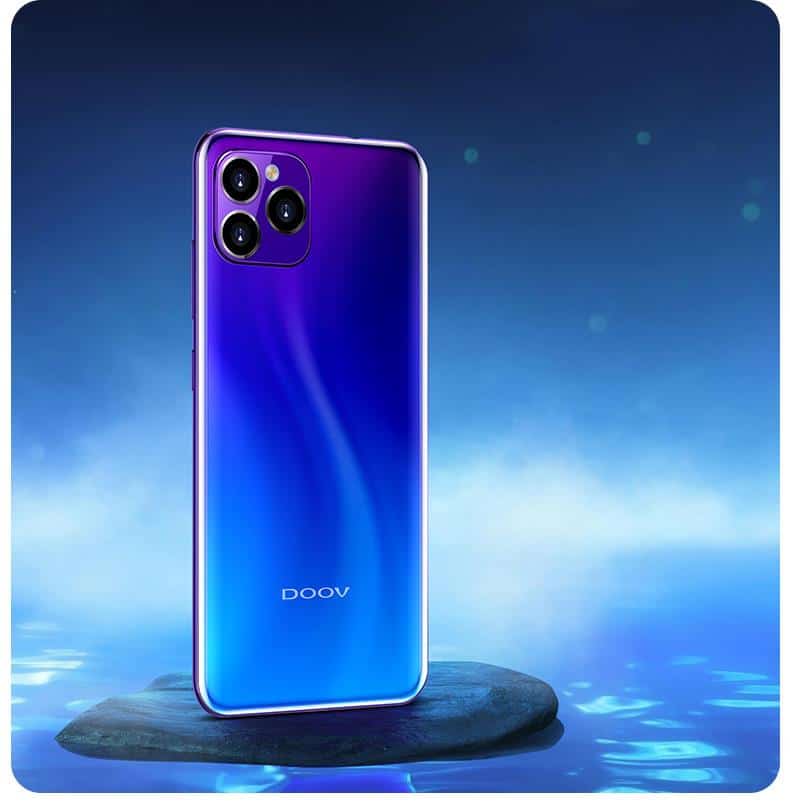 Today, a very interesting development about the handset comes from China. According to the Asian press, the DOOV X11 Pro doesn’t actually sport three real cameras, but only two. Yes, the phone maker did not even bother adding a real third camera module. Instead they added a decorative a.k.a. fake sensor just to achieve that iPhone 11 Pro look. 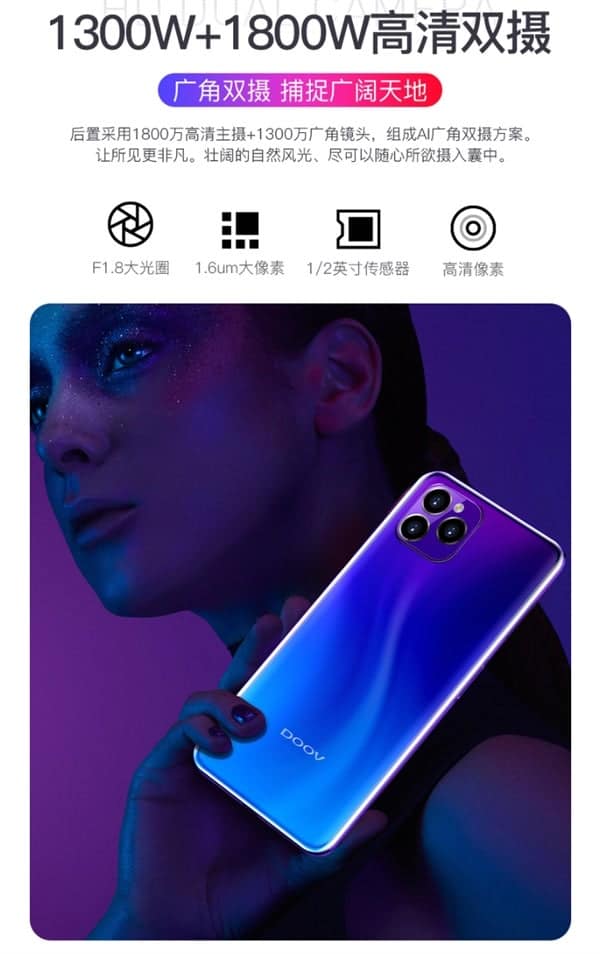 On the plus side, at least they didn’t try hiding it. The marketing material does indeed say there are two rear cameras of 13MP and 18MP resolutions on the back; there are no mentions of a third sensor.

As far as the other specs we reported the other day, they appear to have been confirmed. This means we find a MediaTek MT6763 (Helio P23) octa-core processor along with 6GB of RAM and 128GB of internal storage. We also have a 6.3-inch HD+ panel, a large 4800mAh capacity battery and various software features such WeChat, QQ software and AI voice assistant. The handset is then available in three colors; Fei Leng Cui (Green) , Aurora (Blue) and Sky Realm (Light Blue/Pink).

For those who have missed it. The DOOV X11 Pro is also the smartphone that comes with a promo poster “borrowed” from the Xiaomi CC9 Meitu Edition campaign. Now, we do not know if there are any legal ramifications for that behavior, but it does look very odd. 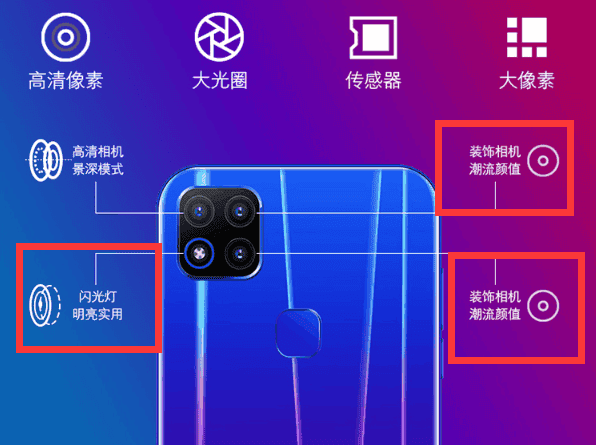 Finally, it comes out that DOOV isn’t new to adding more cameras than needed. Their previously launched 6S phone does indeed also “boasts” three cameras, but unlike the younger brother, only one out of three is real.