On December 25, the new OnePlus smartphone model IN2010 received radio transmission approval. From the certification document, we can see it supports SA and NSA dual-mode 5G. OnePlus will launch the OnePlus 8 series and the first OnePlus concept phone next year. So there is every reason to think we are dealing with the concept phone. By the way, both models will be uncovered at CES2020. 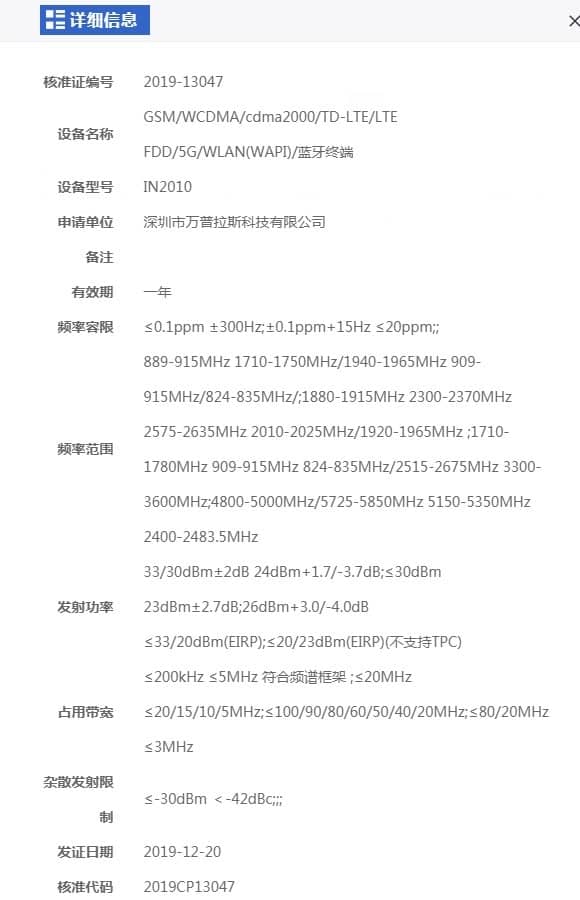 According to the information released by the Radio Regulatory Authority, the OnePlus IN2020 new machine supports SA and NSA dual-mode 5G, covering 5G bands such as N1/N41/N78/N79. From the point of view of network access, OnePlus may soon launch a 5G flagship in the Chinese market as well. It has now entered the test phase and can be listed for sale after obtaining a 3C certification and a network access license.

Considering that the OnePlus 8 series may come around May, this newly certified OnePlus 5G phone may be the OnePlus concept model.

Anyways, the OnePlus Concept phone is rumored to come with at least another selling point besides the 5G support. It should support 100W super-fast wired charging.

Currently, there are some manufacturers offering fast charging options, of which the input power exceeds 50W or even 60W. But there is no smartphone with a 100W fast charging technology. In this sense, if this information is accurate, the new OnePlus concept phone will come directly with Xiaomi handsets. As you remember, the latter is already testing its new technology. It allows a 4000mAh battery to charge in 17 minutes only.