Huawei surprisingly falls behind in the list of the most popular smartphones, the most sold smartphones recently came from Samsung and Oppo. Analysts reveal the most popular smartphone models in the recent past. Huawei made it into the top 10 with just one smartphone and Honor is completely missing. This is quite surprising for many. However, Huawei is also the only manufacturer besides Apple that could make it into the top 10 with an expensive high-end smartphone. Otherwise, the last best-selling smartphones are teeming with devices in the lower price ranges. The global bestseller in the third quarter of 2019 was the Apple iPhone XR. 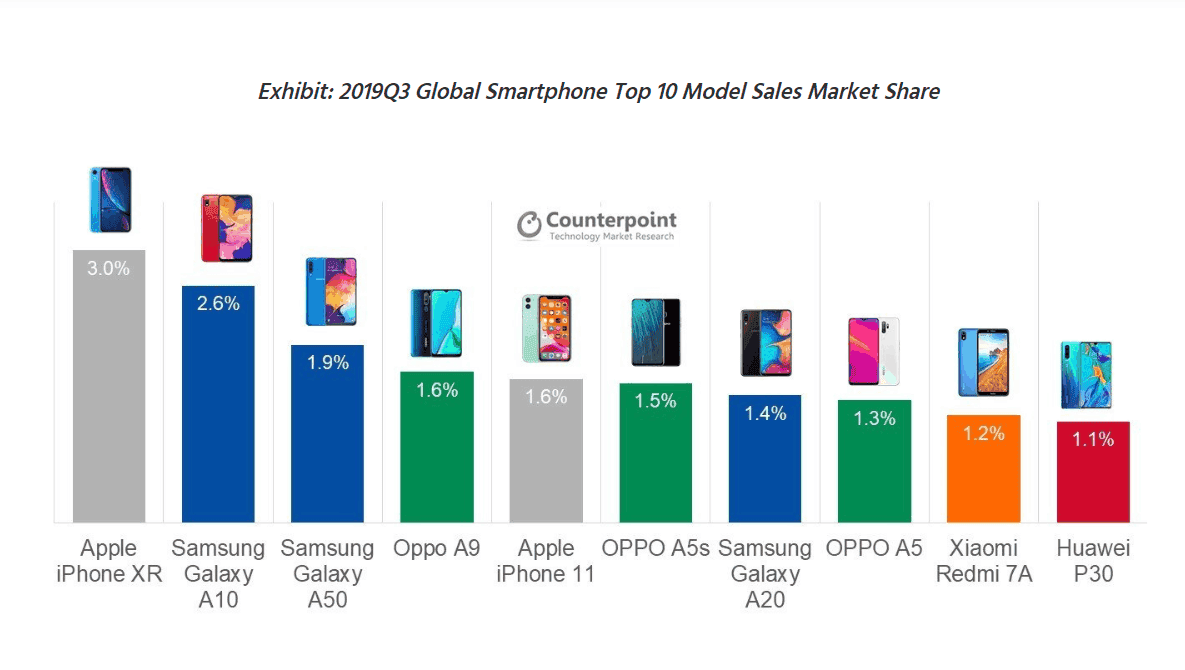 As Counterpoint reveals, the Galaxy A series from Samsung was primarily able to graze Honor’s market share. A total of three A smartphones are in the top 10, the two models Galaxy A10 and Galaxy A50 share the podium with an iPhone. Xiaomi’s Redmi 7A is so strong because of the Indian market, Oppo sales are primarily driven because of China. Although there is a much larger selection, the top 10 almost only consist of three manufacturers.

17% of all smartphone sales should generate this top 10 alone. In this case, we consider the number of available smartphone models worldwide. In certain regions like Germany, the picture is similar, Apple and Samsung are at the top of the bestseller lists, Huawei is much more present than Oppo.

Next Huawei P40 Pro: here's a first look at the fivefold camera sensor!