For a few years now, the trend of companies is to make increasingly large mobiles. This trend stagnated in early 2018 and the phones stopped growing exponentially. In exchange, the frames of almost all devices were reduced considerably, making the screen sizes increase. Today almost all high-end phones have more than 6 inches screen, although its size is not always very large. Today’s filtration allows us to know the differences between the Samsung Galaxy S11 models that will be launched in February 2020. A real image of its screen protective films allows us to see the differences.

In early 2019 the company introduced three smartphones for the Galaxy S10 series. Well, four if we have the 5G model. Each one has a different screen size, something that will also happen in 2020. Today you can get an idea of ​​what the size differences between the Galaxy S11 will be. We will only tell you that there may be changes in the most basic model.

These are the differences in the size of the Galaxy S11, S11 Plus and S11e 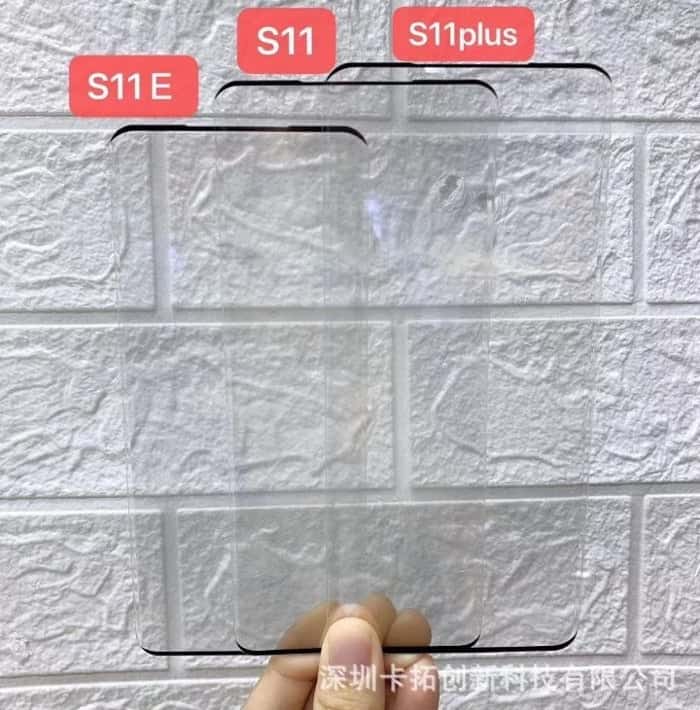 The first thing you should know is that we are not facing official information. The image has been leaked with screen protectors that supposedly belong to the Galaxy S11, S11 Plus and S11e. Of course, no one can confirm right now that these are really screen protective films and not others.

The difference in size between the models is perfectly visible in the image. The S11 Plus is expected to arrive with a 6.9-inch panel, the Galaxy S11 with a 6.7-inch panel and the Galaxy S11e to be 6.2 inches.

This makes all models grow compared to their 2019 versions. The smallest model would be the Galaxy S11e, with a size similar to what the normal Galaxy S10 currently has. Take this device as a reference and think it will be the smallest of the Galaxy S11 series by 2020.

We cannot confirm it, but the image shows that the Galaxy S11e protective films are curved on the sides. This also changes the rules of the game, as the current Galaxy S10e has a completely flat panel.

Moreover, there were many users who chose this device because they were facing a high-end Samsung with a flat-screen, something that has not happened since the launch of the Galaxy S7.

Now we can only wait and see if these really will be the real sizes of the Samsung Galaxy S11 models. Everything points to yes, but we recommend you take the information with caution.