Back in the last week, Samsung released the fourth Android 10 beta release for the Galaxy S9 and S9 Plus. The update came with a couple of bugfixes and January 1, 2020 security patch. It’s the first company in the industry to ship next year’s first security update. Now, the South-Korean giant is rolling out a new One UI 2.0 beta for the Galaxy S9 duo, with additional bugfixes. Apparently, Samsung is pretty close to releasing a stable update for the 2018’s flagships. 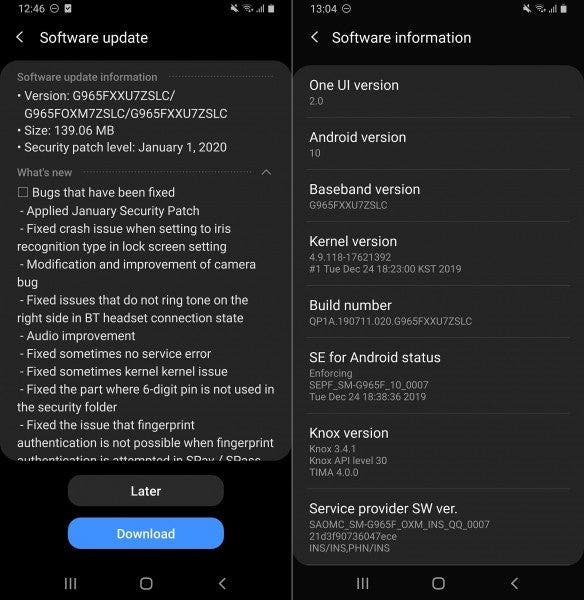 The build for the Galaxy S9 sports G960FXXU7ZSLC while the S9 Plus update bears G965FXXU7ZSLC serial. Both firmware updates weigh around 140MB in size. Interestingly, these updates are only rolling in India and in the UK. However, we expect Samsung to start a broader rollout in the coming days if no critical bug is found.

Users who are enrolled in the beta program can download the latest Android 10 update heading to the Settings > Software update menu. Along with the Galaxy S9 duo, Samsung is also busy with the development of Android 10 updates for another 2018 flagship – The Galaxy Note 9. After finishing, the update for these smartphones we believe that it will be time for the Galaxy A-series. After all, the Galaxy S8 and Note 8 devices aren’t eligible for the OneUI 2.0 update.