In September of this year, Huawei officially launched the Mate 30 series flagship smartphone. Currently, it has been in the market for 3 months. According to supply chain information, Huawei Mate 30 series shipment is now over 12 million units. Looking at this figure, the Mate 30 series has shipped 5 million units this month alone. This means that its sales growth in December is faster than the previous two months. This sale increase should have a relationship with the release of the Mate 30 5G version in November. 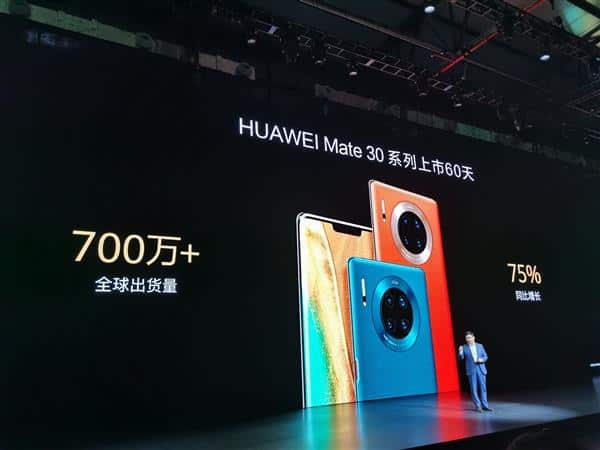 Huawei Mate 30 series 5G comes with its new Kirin 990 5G SoC. This is Huawei’s first chip that uses 7nm + EUV extreme ultraviolet lithography. It integrates about 10.3 billion transistors and it is the industry’s first mobile SoC with more than 10 billion transistors.

It is worth mentioning that the Mate 30 series phones achieved this goal without Google GMS. Due to deliberate suppression by the United States, Huawei phones encountered resistance in markets outside China (especially in Europe). However, this did not hinder the progress of Huawei phones. The annual sales volume of Huawei still expected to exceed 230 million units. With this, it will seamlessly retain its position as the second-largest smartphone maker globally.