The notch on the iPhone could soon be a thing of the past. Apple recently published several patents in this sense. And a new filing shows that the company is working behind the scenes to make this element disappear from the screen as quickly as possible. It is not known, however if the technology will be ready for the iPhone 12 of 2020.

A new “partial patent” showing a new Apple product entirely covered with a screen, without any notch has just been spotted by our colleagues from Let’sGoDigital. The document seems yet another indication that the firm is working very actively to remove the notch. Which seems for the moment one of the only possible solutions to embed all the sensors necessary for the operation of the Selfie sensor and Face ID facial recognition. 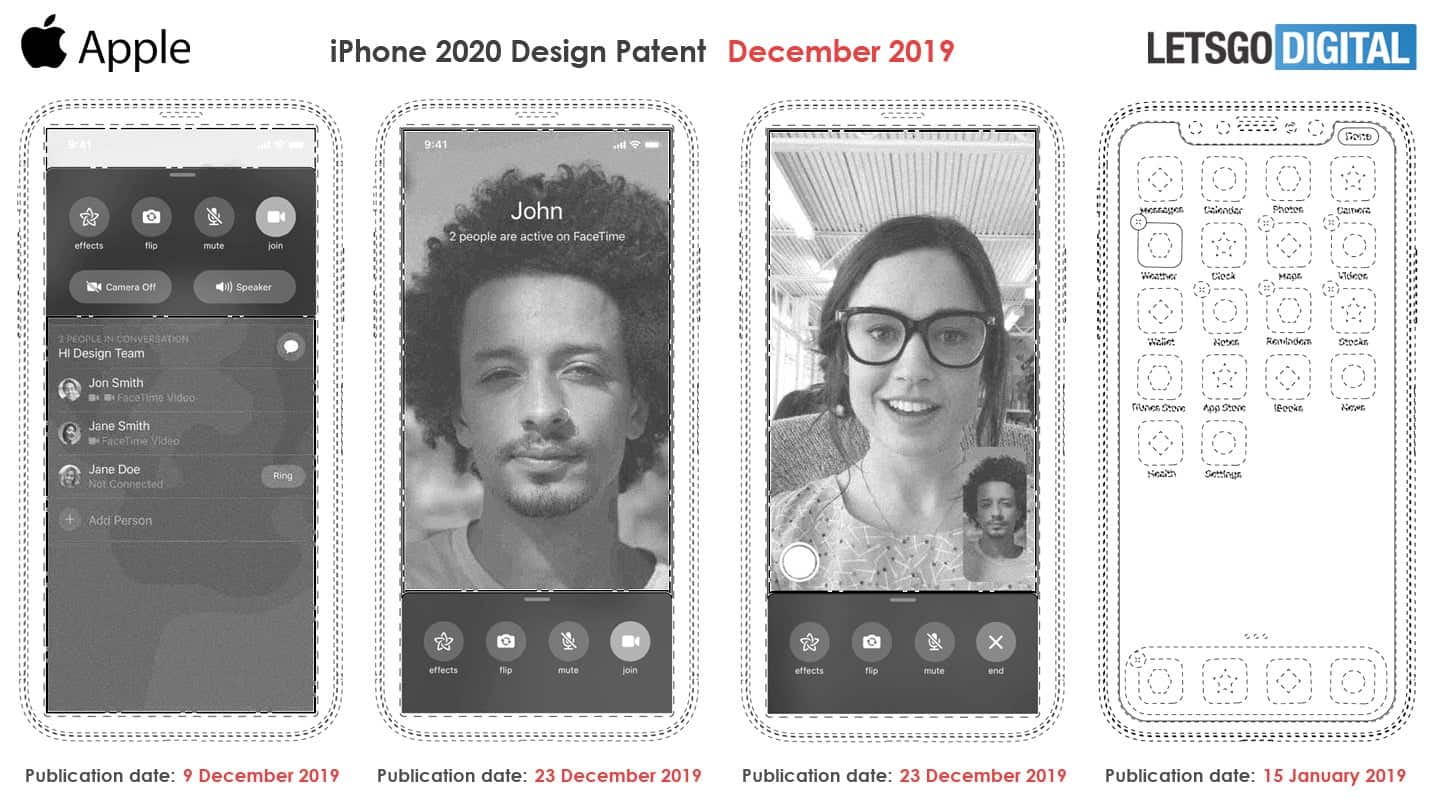 The sketches of the document, which show a square screen without rounded edges, accompanied by a dotted frame, seem specifically drawn to reveal nothing of the true design of this future product. Besides, the text accompanying the request clearly states that this is a partial patent. And that the dotted parts are outside the scope of this filing. And are therefore not representative of any final design. It also does not indicate unlike other deposits from competitors. Like Samsung or Essential, the technology that could be in use to hide all these sensors.

We know that the front sensors under the screen – either hidden in the borders, or entirely hidden under the screen – have already become reality at Oppo, and it would not be impossible that Apple is also working on a product with all the sensors under the slab. There is also another possibility, outlined by Let’s Go Digital. Apple could simply abandon its Face ID technology in favor of a fingerprint reader under the screen. According to the blog, several patents registered in Japan could also support this hypothesis.

However we can also doubt it because the operation of Face ID seems particularly to the point. And that switching to reading fingerprints – even under the screen – looks more like a step backward than a real good one forward.