After announcing it almost two months back, the Huawei MateBook D15 Ryzen Edition goes finally on sale today in China at the price of 3,999 yuan; around $570 at the current exchange rates. 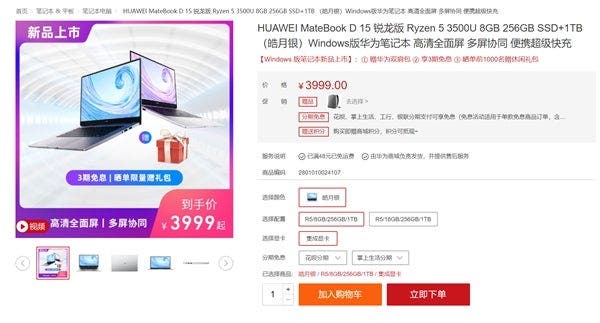 The MateBook D15 Ryzen Edition packs a large 15.6-inch FHD display with a screen ratio of 87%, an screen aspect ratio of 16: 9 and ultra-thin 5.3mm bezels around the display. Meanwhile its entire body has a thickness of 16.9mm and a weight of about 1.62kg.

Inside the larger screen variant – there’s also a 14-inch model – we find an AMD Ryzen 5 3500U processor. The chipset is then paired with 8GB of RAM, an ultra-fast 256GB PCIe SSD, a 1TB HDD and a Radeon Vega 8 Graphics graphics card. 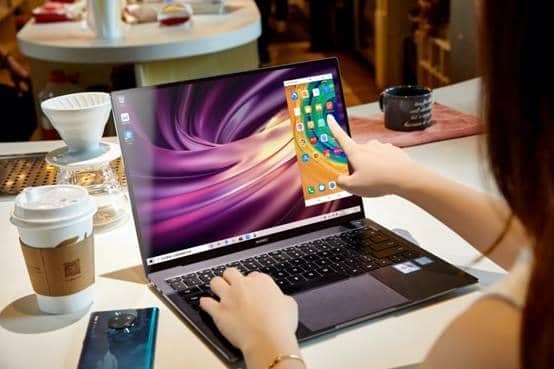 Additionally, MateBook D15 Ryzen Edition supports a multi-screen collaboration feature that allows it to interact with mobile phones in real time across platforms. The mobile phone interface can indeed be operated on the computer screen to enjoy the rich application ecosystem of Android. Plus there’s also drag and drop system to transfer files, pictures and whatnot.

It is also worth noting that the MateBook D15 series utilizes a dual hard disk design. There’s a solid-state drive that can be used to install the operating system and daily software; meanwhile the mechanical hard disk should be used to store large files such as pictures and videos. Basically anywhere you do not need ultra-quick loading times. 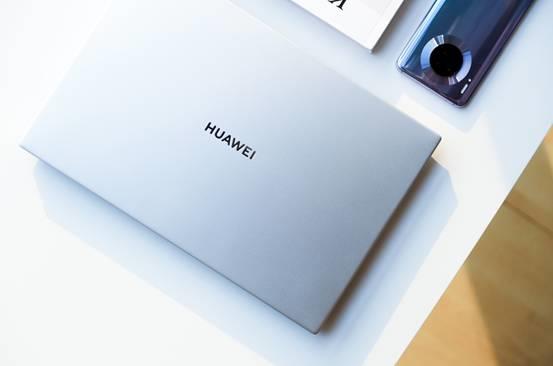 Finally, the MateBook D15 Ryzen Edition comes pre-installed with genuine a Windows copy and genuine Office Home and Student Edition; at least in China. This bundle is itself worth about 748 yuan, around $107.