Among the innovations unveiled by Lenovo at the CES 2020 in Las Vegas, we have the ThinkPad X1 Fold. It is the first foldable PC that had already been shown online in recent months and now available live.

This is not a simple concept, this X1 Fold will arrive within six months on markets around the world. It will enrich the much appreciated ThinkPad family. Lenovo imagines it as a new hybrid category capable of replacing any tablet and still providing all the potential of a notebook aimed at productivity. Once the 4:3 2K OLED display is open, it measures 13.3 inches (2048 x 1536 pixels). In addition, there is also a Bluetooth keyboard that provides irreplaceable key feedback. 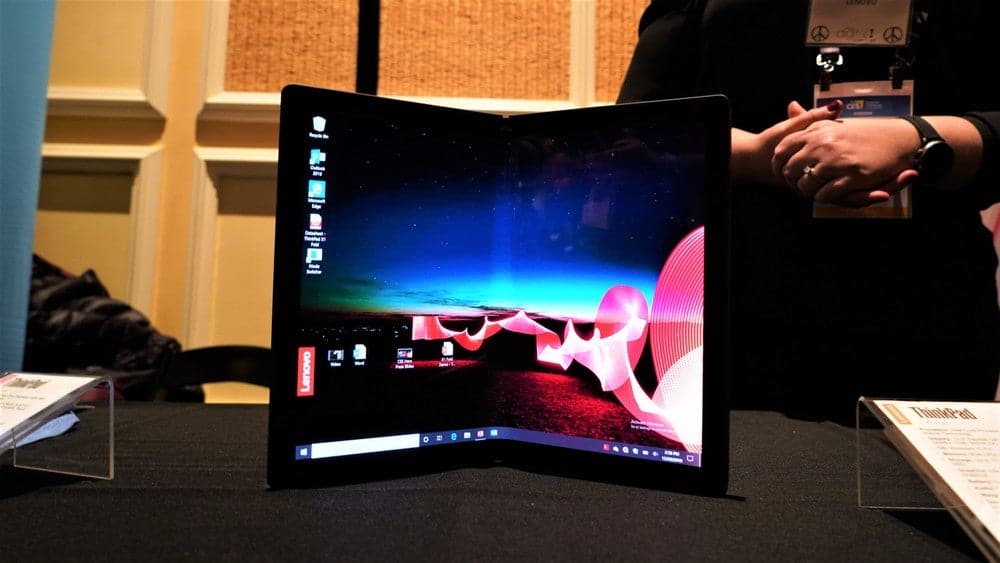 The Overall weight is 999 grams, the thickness is limited but certainly not a record one. It has 11.5mm when open with cover and 27.8mm when closed with cover. This does not surprise us since it is a pioneer device. We must also emphasize the large 55 Wh battery that Lenovo has decided to integrate. This unit bodes well on the autonomy front that the manufacturer estimates in 11 hours. 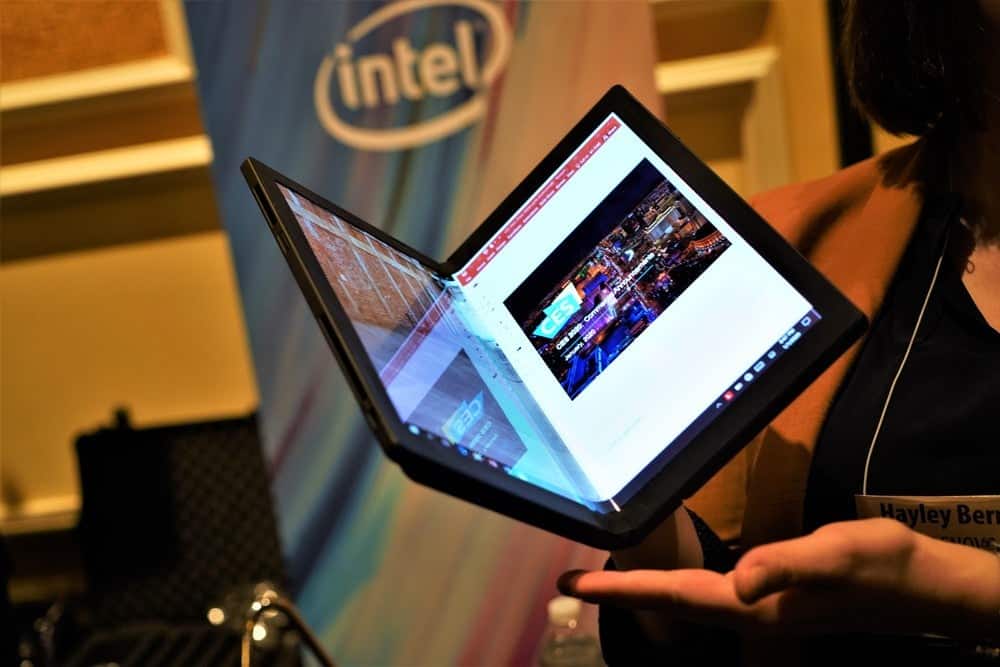 Lenovo’s ThinkPad X1 Fold is a $2,499 PC with a folding OLED screen

The rest of the data-sheet is very similar to many of today’s machines. It has the next-generation Intel Core processor which is called here “Hybrid Technology” and an eleventh generation Intel UHD integrated GPU. There are two Type-C ports along the perimeter, one of the first and one of the second generation. But even more interesting is the presence of a slot that allows you to insert a SIM card and navigate on the move; presumably there will be a 5G-ready modem. 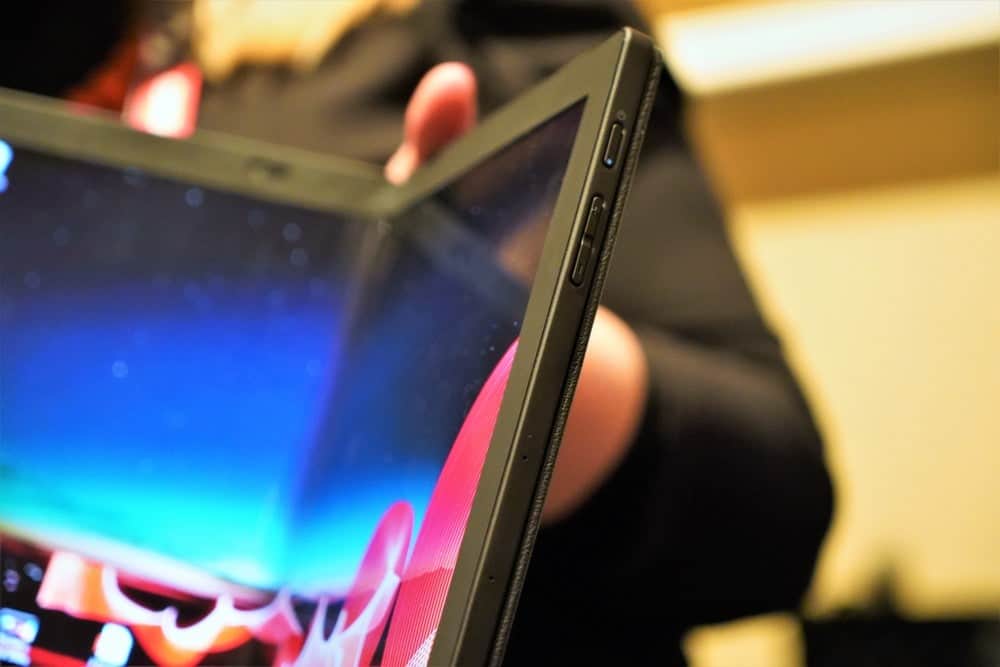 There is also 8GB of LPDDR4x RAM (44267MHz) and storage space up to 1TB on PCIe-NVMe M.2 SSD like many common laptops, but this X1 Fold is very different for obvious reasons and will perhaps be a precursor to which many will follow. 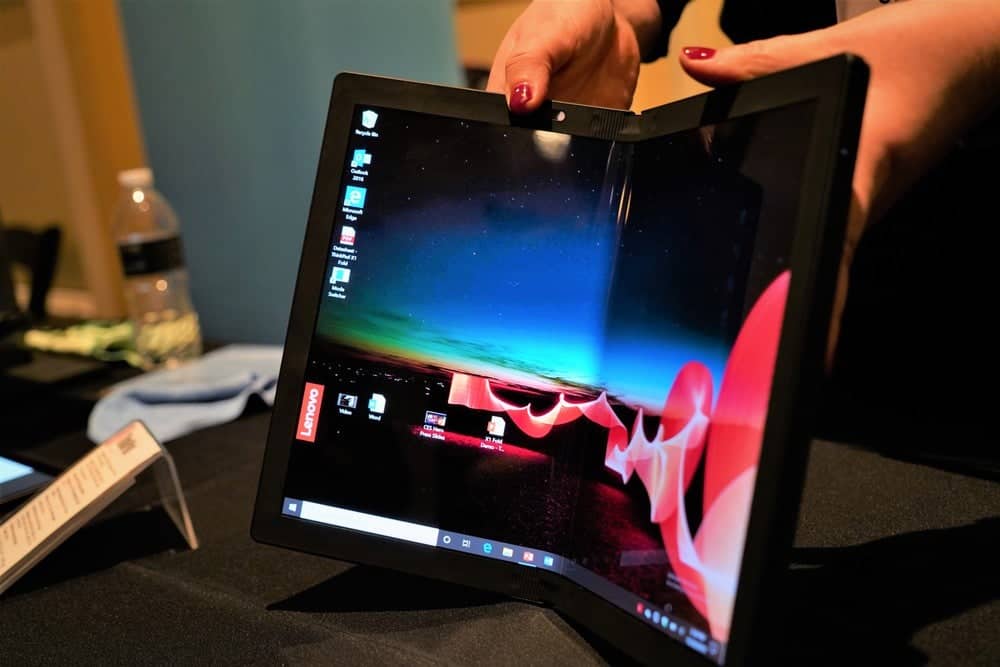 What we do know is that the Windows 10 Pro version of the X1 Fold will ship in mid-2020 and start at $2,499. That’s a lot of money for any kind of laptop or tablet, let alone one in an unproven form factor. But the X1 Fold has clearly had a lot of thought put into it, and it’s encouraging that experimental devices like this are actually going to be hitting the market this year. 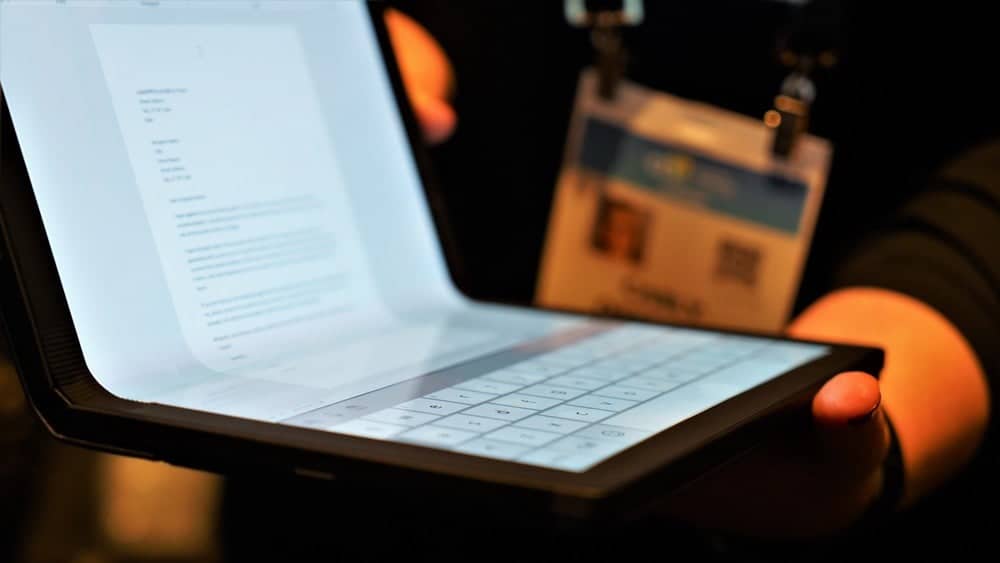