During the press conference organized at the CES in Las Vegas, Intel publicly spoke about Thunderbolt 4. According to the vice-president of the company, the technology would be four times faster than the last iteration of USB 3. What could mean a band maximum bandwidth of 80 Gbps.

Intel continues to develop and promote Thunderbolt technology. Rumors claimed that Intel was preparing the arrival of a fourth generation. However, the company never confirmed its existence until now. Indeed, during the presentation of Tiger Lake processors at the press conference organized in Las Vegas for CES 2020, Intel mentioned for the first time Thunderbolt 4.

Gregory Bryant, vice-president of Intel explains that Tiger Lake will be natively compatible with many technologies, including Thunderbolt 4. This seems to confirm not only its existence but also its arrival. Indeed, the first Tiger Lake-based chipsets are expected before the end of 2020. It would not be surprising if Intel supported this launch with the arrival of the fourth generation of connectivity. 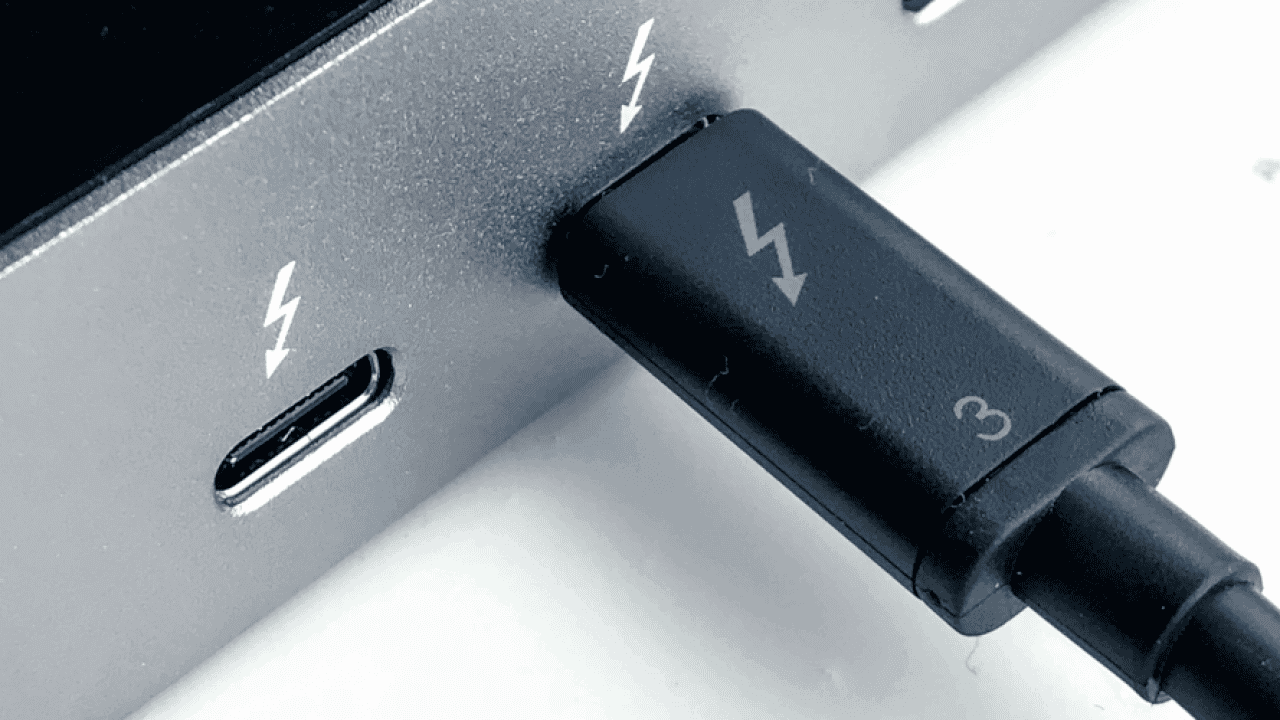 Should we be impatient about this launch? Not yet. Gregory Bryant reveals only a microscopic detail on the characteristics of Thunderbolt 4. This technology would be four times faster than USB 3. It would even seem logical that the director compares Thunderbolt 4 with the latest version of USB 3 with a theoretical maximum bandwidth of 20 Gbps. That would mean that Thunderbolt 4 goes up to 80 Gps, double the amount of Thunderbolt 3. That’s good. It remains to be seen what to do with this bandwidth!

Thunderbolt has long been almost exclusive to Apple before appearing more regularly with other hardware manufacturers. Thanks to Thunderbolt 3, competitors of the Cupertino company have adopted this connection. In particular thanks to its full compatibility with the USB 3.1 standard, Thunderbolt 3 has become a port that no longer requires a dedicated device.

And if you have a compatible product (screen or external hard drive), the technical characteristics are better. Moreover, Thunderbolt 3 was the basis for the development of the USB 4 standard with which it will be backward compatible. USB 4 will therefore, theoretically, be able to reach 40 Gbps.