After many rumors, leaks and speculation, Samsung finally released the Galaxy S10 Lite. However, it isn’t a watered-down version of the S10 as the name implies. Actually, it came with updated specifications and a revamped design. Shortly after the announcement, India’s popular online retailer Flipkart has listed the new Samsung flagship as “coming soon” with some posters teasing its key features. 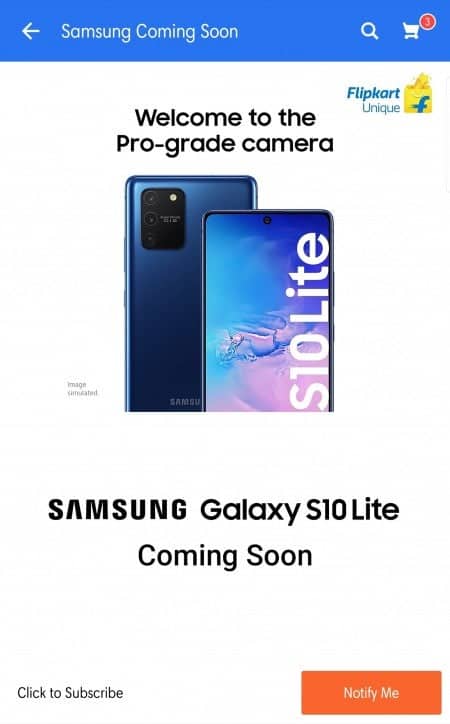 The landing page for the Galaxy S10 Lite can be found in the “mobiles” tab within the app and includes a “Notify me” button. Potential customers can sign up for alerts once the S10 Lite becomes available for purchase. According to GSMArena, there are some screenshots available in the platform to highlight some of the goodies present in the new S10 smartphone.

Unfortunately, Flipkart didn’t reveal the pricing for the S10 Lite. However, thanks to a new report from Gadgets360, we have a possible price tag of INR 40,000 (~$557). According to the report, Samsung’s device above INR 30,000 has sold well in the past. The situation is different now with many offerings in the Indian market packing similar specs. We will have to wait for the release to have an exact idea of how the handset will perform. 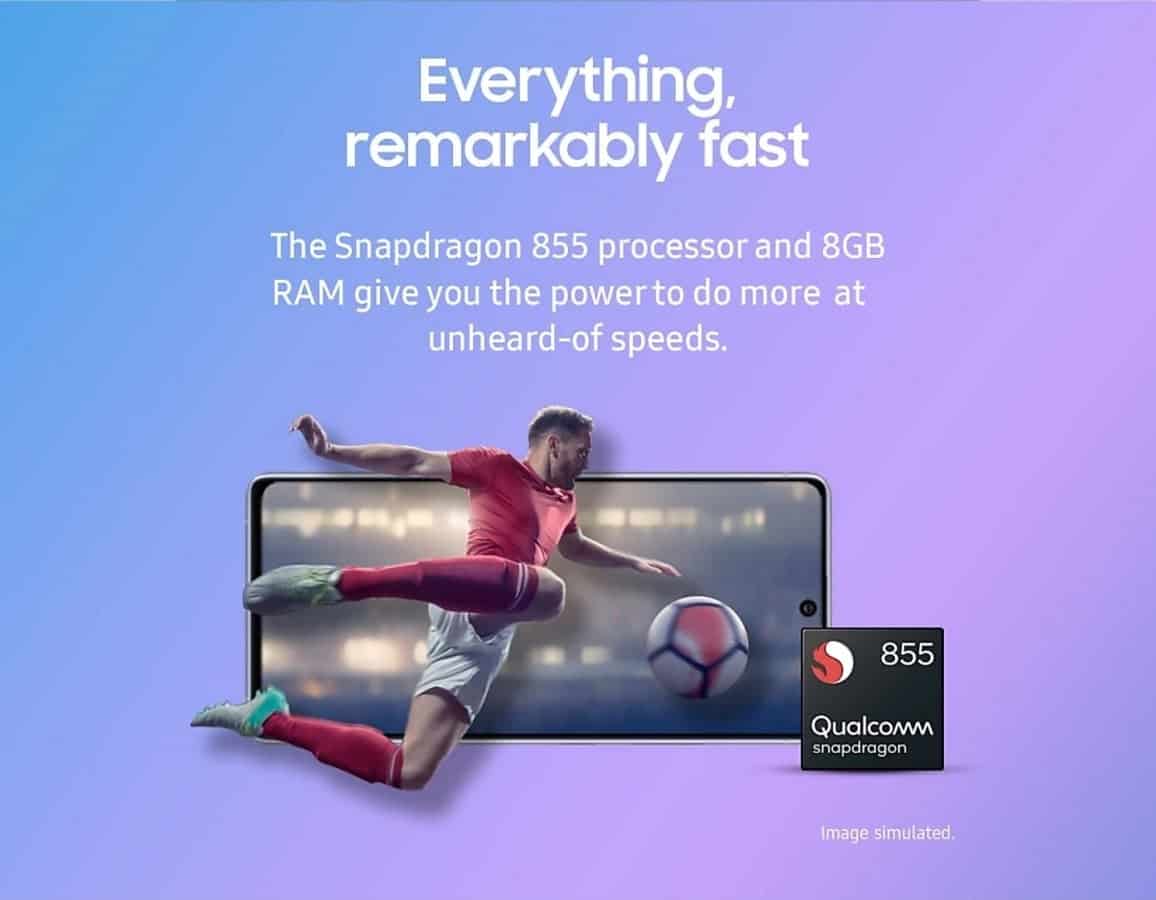 The Galaxy S10 Lite features a 6.7-inch Super AMOLED display with FHD+ resolution and a punch-hole for the 32MP selfie snapper. Under the hood, it is powered by the Snapdragon 855 SoC coupled with 8GB of RAM. The base storage is capped at 128GB and you can expand it via a microSD card slot. The smartphone boasts Android 10-based One UI 2.0 straight out the box and draws power from a massive 4,500mAh battery.

Samsung’s new design language for 2020 camera’s setup debuted with the S10 Lite. The square-ish camera array comes with a 48MP primary module, a 12MP ultrawide and a 5MP dedicated camera for macro shots. This camera array is the first to feature Samsung’s new Super Steady OIS technology. The technology will make a comeback in the Galaxy S20 series.