OnePlus is one of the best companies in the market when it comes to updating its smartphones. At least the most recent ones. The company released an Android 10 update for the current OnePlus 7 flagships short time after Google’s release. Then, the company moved fast to bring the update for the OnePlus 6 series. Now, the last devices eligible for Android 10 are the OnePlus 5 and 5T.

The owners of OnePlus 5 and 5T still need to wait some months for the OxygenOS update. However, the company keeps pushing some incremental updates for these handsets. Today, the company is rolling out OxygenOS 9.0.10 that for the surprise of no one is based on Android 9 Pie. What is interesting about this update is that it packs December 2019 security patch. Yeah, we’re in January 2020, but while OnePlus is stellar in bringing major Android updates, it fails badly in releasing monthly security patches. 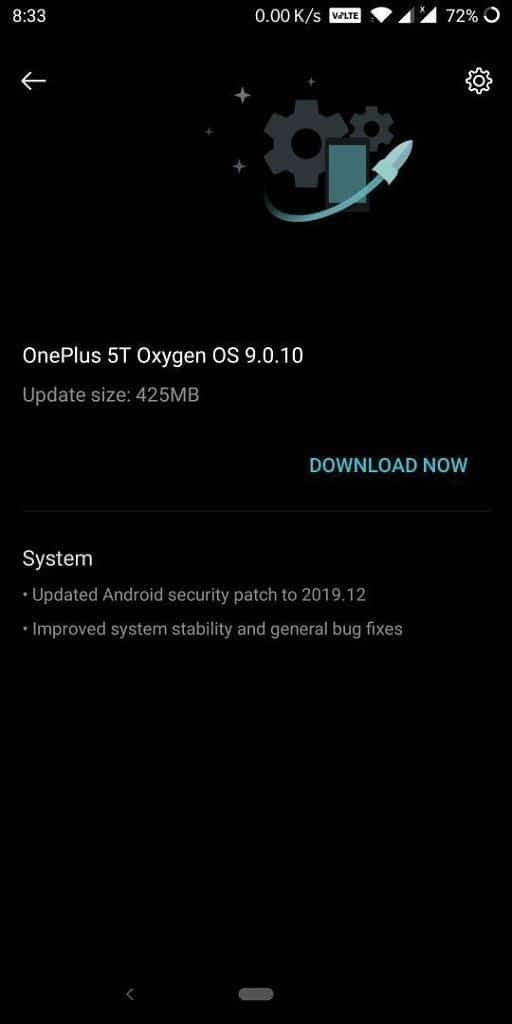 Although the new security patch is one month behind, it’s still better than what the 5/5T had before – October 2019 security patch level. Moreover, users can also expect improvements in system stability as well as unnamed general bug fixes. As you might expect, the update is rolling out in a gradual manner. So a few units will receive the 425MB update today. If no critical issue is found during the early release, then a wider rollout will happen in the coming days.

You can always check the Source file linked below to find the necessary files for manually flashing this update.