Realme is a company that you might have heard a lot of in recent times. This is because the company has made a mark in the industry in a very short span of time. Realme, a company formed under BBK Electronics, has now become an independent entity as well. In latest news regarding Realme, the company went on stage to launch its latest smartphone named as the Realme 5i. However, the interesting part about this launch was the teaser of Realme’s own fitness band. 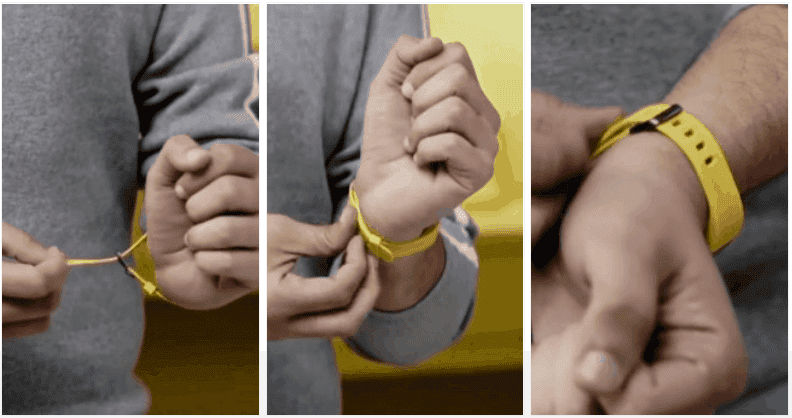 Madhav Seth, the CEO of Realme, teased the Realme fitness band live on stage we expect to see before the end of Q1 2020. Now, this is not the first time that Realme has teased something that they are going to launch soon as we have already seen it with Realme Buds Air. The interesting part about this teaser is that the band is expected to have a rectangular shape like the other fitness bands from Xiaomi and Honor. Also, the two-year-old brand has once again borrowed the iconic Yellow colour from its logo which has become a trademark of Realme’s products. Admittedly, this new colour does look a bit awkward for a fitness band.

Last year, Realme announced that they would be launching their own fitness band in first half of 2020 and this teaser suggests that the launch might take place sooner than expected. That’s not all, there’s a smartwatch also expected to be coming this year itself along with some IoT products. At the moment, we have no details regarding the price of this fitness band so we will have to wait for an official word from Realme.