Are you one of the users who always opt for the most powerful versions of the phones you buy? Some companies offer different features depending on the version you buy. Apple, for example, only the available storage varies, but others such as OnePlus also change aspects such as RAM. Today we must talk about the minimum RAM that the Galaxy S20 series will have. Although it is normal to expect every model to arrive with 8 GB of RAM, reality shows that it could be different. Today a benchmark has filtered the Galaxy S20 5G with 12 GB of RAM. This leaves us clues about the rest of the models.

Last year, the Galaxy S10 and S10+ arrived with 8 GB of RAM in their base version. Samsung also released a model with 12 GB of RAM and much more storage for the larger version of the device. This year, we know that the 12GB of RAM could be a standard. Even that we could have a model with 16 GB. 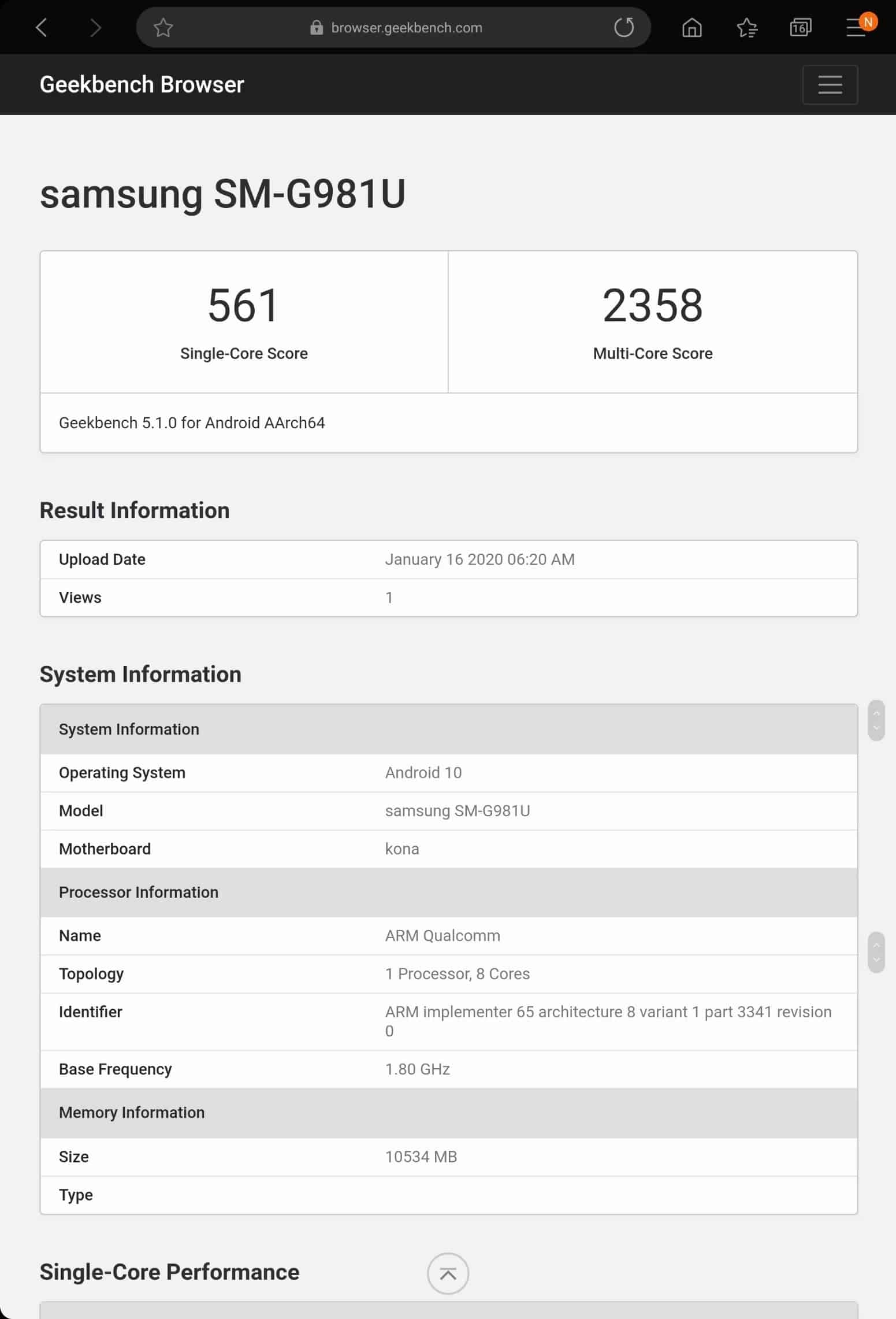 Today, the Galaxy S20 5G has been seen in Geekbench. This benchmark has revealed that its RAM is 12 GB. The curious thing about this whole issue is that in this type of tests the base devices are always used. The most basic model of the 5G line is the Galaxy S20, and it has 12GB of RAM.

This lets us know that the devices of the new series with 5G connectivity would arrive with a minimum of 12 GB of RAM. It is not something confirmed by the company, but everything points to it. 4G LTE mobiles would start from 8 GB of RAM.

Both amounts of RAM are sufficient and it is difficult to know if Samsung really takes advantage of that extra 4 GB in certain models. We must also think the same for the supposed 16 GB version of the Galaxy S20 Ultra.

Now we can only wait for Samsung to present the devices in the Unpacked 2020 next month. At the moment everything seems to point out that the Samsung Galaxy S20 with 5G will arrive with a minimum of 12 GB of RAM.