Recently, a new phone from Xiaomi with the name “Xiaomi Poco X2” appeared on Geekbench 5 database. According to the listing, this smartphone comes with 8GB of RAM, a 1.8GHz processor and runs on Android 10. This smartphone scores 547 points (single-core ) while the multi-core hit 1767 points. This is the first time that we are hearing of the Xiaomi Poco X2. However, there is another device with the exact same specs as the Xiaomi Poco X2, which is the Redmi K30. 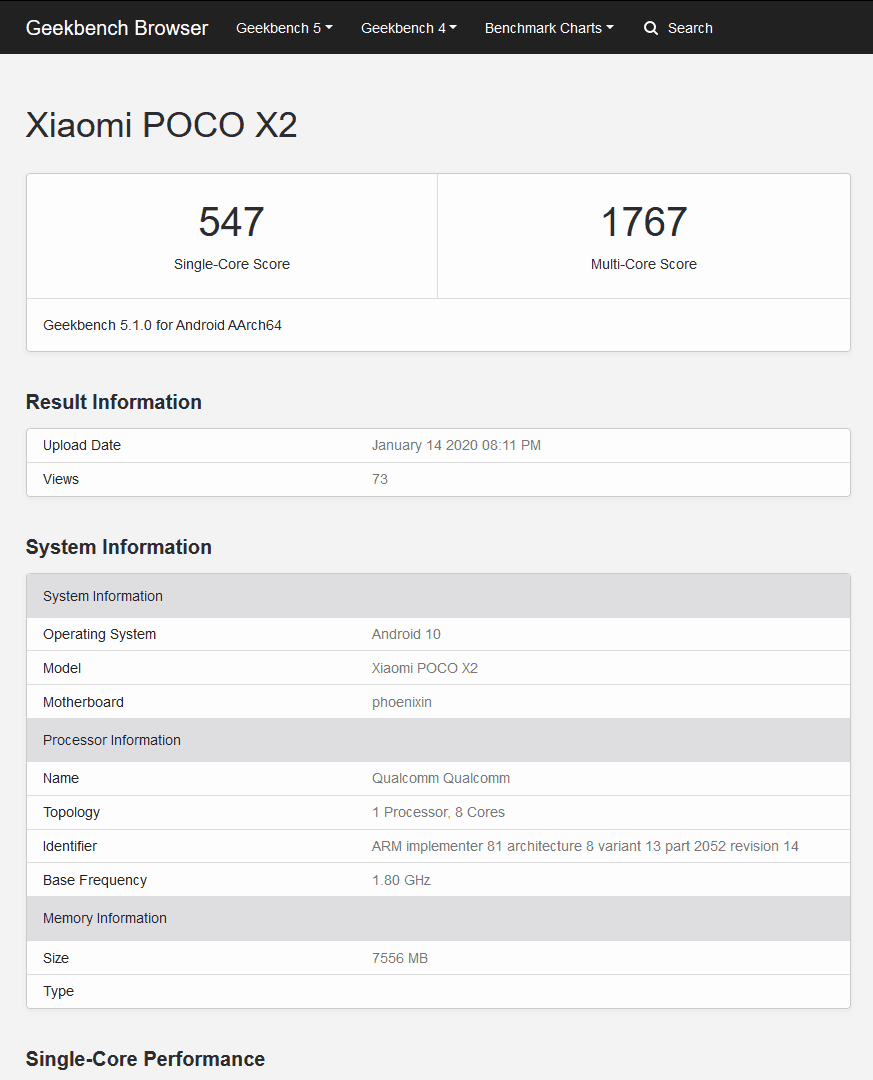 On January 11, there were reports that Xiaomi had applied for trademark registration for “POCO F2”. This suggests that Xiaomi might launch a Pocophone F2 smartphone. Xiaomi’s sub-brand Pocophone (called Poco in India) debuted in August 2018, and the first phone was the Pocophone F1. This smartphone uses the flagship specifications but has a lower price, which makes it very popular. However, its been over a year since the Poco F1 hit the market and there is no successor which is disappointing.

A side by side comparison of the GeekBench listing of Xiaomi Poco X2 and Redmi K30 shows that these phones are basically the sale – at least in terms of hardware and performance. Like we said earlier, the Poco X2 hit 547 points and 1767 points in its single and multi-core tests respectively. On the other hand, Redmi K30 scores 542 points and 1686 points respectively.

With a similar running score and processor, it appears that the Poco X2 will come with a Snapdragon 730G SoC. Another interesting fact about these phones is their codename on Geekbench 5. While the Poco X2 comes with the codename phoenixin, the Redmi K30 uses “phoenix“. This implies that the Redmi K30 and Poco X2 could be the same phone.

Recall that there was a report which claims that the Pocophone F2 may finally arrive in 2020. However, since the Redmi K30 is available in India, it makes little sense for Xiaomi to bring this device to the Pocophone lineup (brand for India).

Next Xiaomi to bring premium Mi series to India in 2020