With Windows 10 Your Phone application, Microsoft is currently working on a simple copy and paste solution. It will allow you to quickly transfer your files directly from a smartphone to a computer and vice versa.

Your Phone app on Windows 10 already allows you to interact completely with your smartphone from your computer. It is thus possible to reply to SMS and manage Android notifications. In addition to quickly access the photos stored on your phone and, soon, answer calls. However, Microsoft would like to go even further.

As noted on the Windows Latest site, Your Phone application will offer a new option in the settings. This is called “copy and paste between different devices”. It allows you to transfer certain data from one device to another each time content is copied to the smartphone or to the Windows 10 computer.

Windows 10 Your Phone app will get another exciting feature 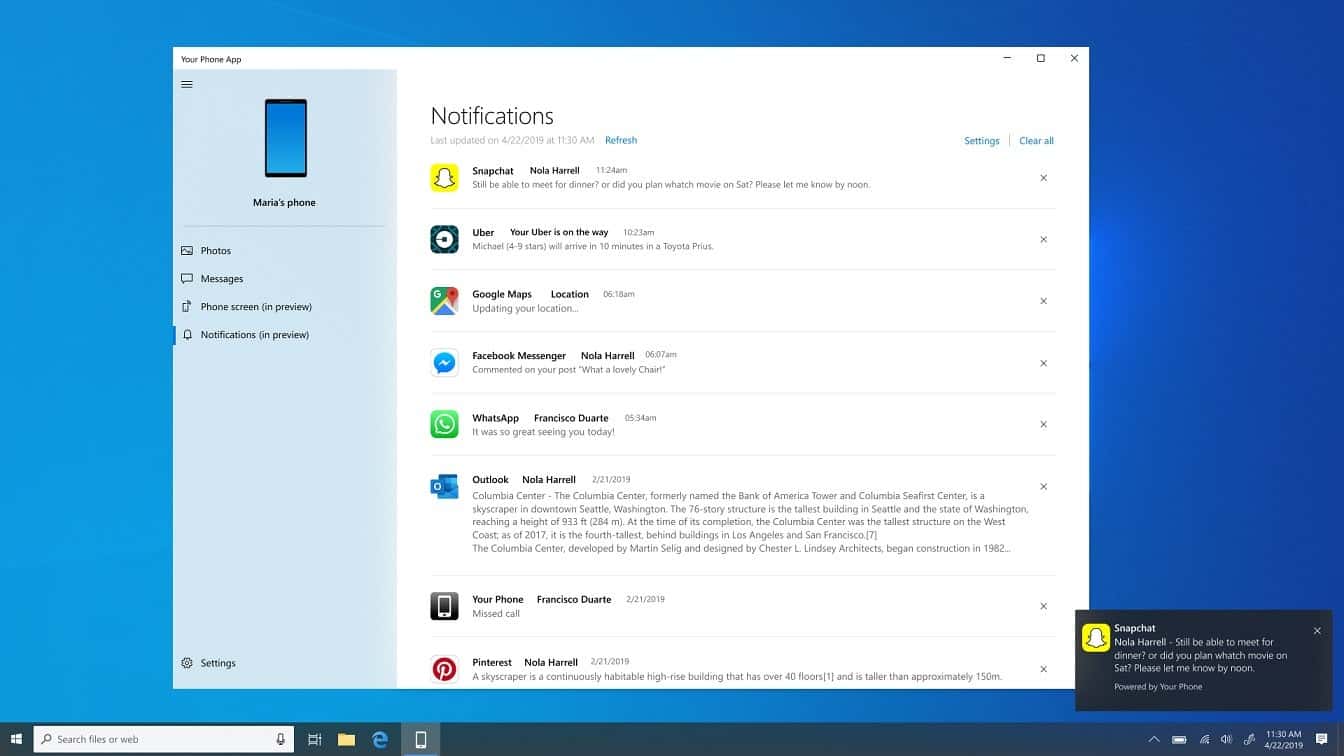 In the application code, Windows Lastest also discovered certain lines called “SharedContentPhotos”, “ContentTransferCopyPaste” and “ContentTransferDragDrop”. These therefore suggest that it will not only be a question of copying text from one device to another, as other applications do but indeed to transfer files like pictures or other documents. This transfer could also be done using a simple drag and drop to the smartphone screen. The smartphone screen does appear on Your Phone application.

It’s unclear when this copy and paste functionality from a Windows 10 PC to an Android or iOS smartphone will be officially released by Microsoft. But we hope it will be very soon.

It is worth to mention that according to the latest reports, Windows 10 is the target of a critical security flaw discovered by the NSA. This affects the way applications are signed. It allows a malicious actor to install powerful malware without the operating system detecting it. A patch is available, and it is strongly recommended to update as soon as possible.

Previous Huawei Mate X: the screen is as fragile as that of the Galaxy Fold