Google has become one of the most powerful conglomerates today. What only started as a simple search engine now includes important companies in almost all technological fields. Gmail, Maps or Assistant are three of the most important apps of a company that includes Google Chrome as one of its most powerful tools. We talk about an application in full evolution that could now be renewed with a new functionality.

Chrome for Android is already testing new functionality based on copying images directly to the clipboard. In this way, the process will be streamlined much more when users want to share the snapshots. Undoubtedly, one of the functions most demanded by the users over the last years. The goal is always the same: to facilitate the use of the browser. 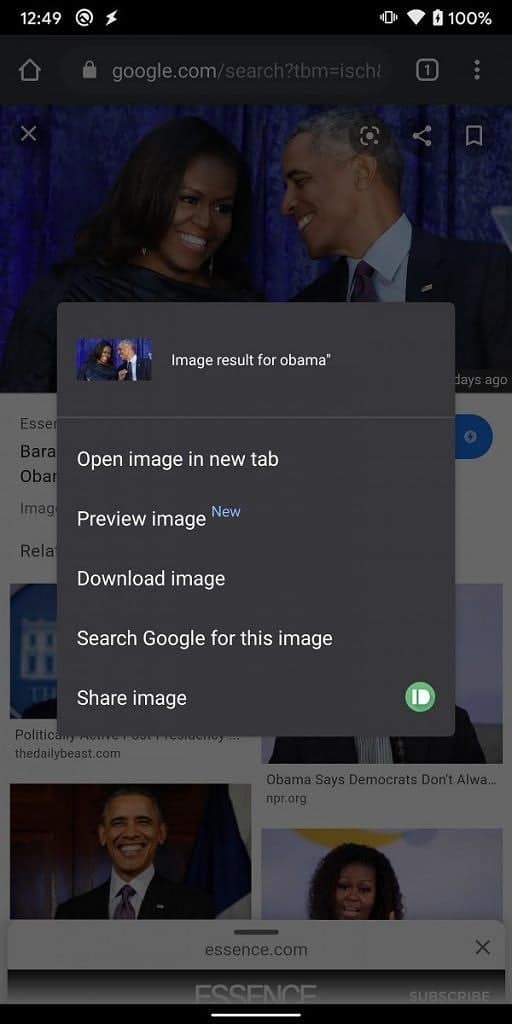 XDA Developers has been the medium that has revealed the first details of this new functionality. Google Chrome for Android is already testing a procedure with which everything will become much more utilitarian when sharing photos. The company wants users to be able to copy the images directly to the Android clipboard. To do this, we will only have to press and hold and access the new function that appears in the previous screenshot.

Of course, in order to enjoy this new tool, it will be necessary to have an Android device and a Google account. People outside these two fundamental sections may not enjoy this functionality. Currently, Chrome for Android includes a single option called “Share”. With this process, images can be sent through other apps, but they are not stored on the device. From the new update, everything will be much easier thanks to the copy to the clipboard.

At the moment, it is impossible to know the exact aspect of this new tool. However, everything seems to indicate that it will be integrated into the usual menu that appears when we click on an image.

Previous Huawei phones, tablets and TV will use Harmony OS in the future