Today, there was a news on Twitter that the Realme new real wireless headset has recently passed NCC certification. As you guess, we are talking about the Realme Buds Air Neo. It will be Realme’s second true wireless headset. Apart from this, fccid showed a number of photos that reveal everything concerning its design.

The source also released a set of product photos showing that the Realme Buds Air Neo is basically the same as the previous Realme Buds Air in terms of design. Moreover, this statement refers not only to the overall style of the headset but also to the charging box and a data cable. 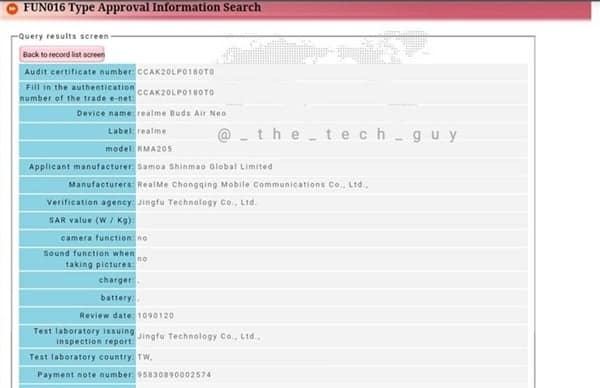 Realme had previously held a new product conference in New Delhi, India, and launched its first real wireless headset. It was priced at 399 yuan ($58). The Realme Buds Air is equipped with a custom R1 chip and supports Bluetooth 5.0, which effectively reduces latency. It provides a game mode that reduces the sound delay to 120 milliseconds. Each headset has two microphones – one for calls and one to eliminate noise during the call. It also has a 12mm bass booster to make the sound clearer. 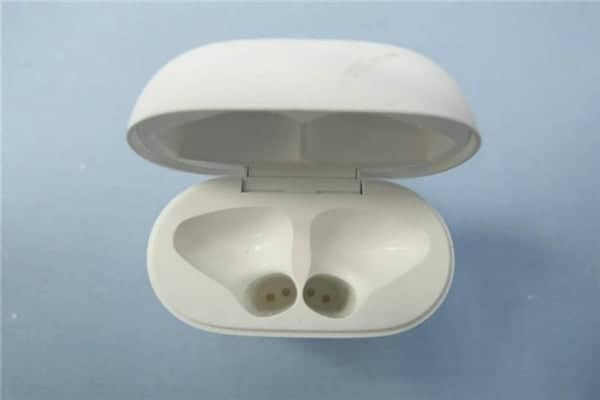 In addition, the Realme Buds Air can wake up the voice assistant with one touch. This allows us to answer calls, play or pausing music and do other operations without a touch. In terms of battery life, the company claims that the Realme Buds Air can last up to 3 hours on full power. The battery box can last up to 17 hours (the charging box supports wireless charging).

As the same family product, we believe that the Realme Buds Air Neo will have many similarities with this headset. However, at the moment we have no certain information concerning it.

Previous iPhone 12: Apple would prepare 4 different iPhone including a compact one