Following the official reveal of the Xbox Series X some weeks back, today a couple of leaked photos of the upcoming console were leaked online. The images appeared over on Twitter, posted by the user @Doug_DragoX and their veracity has been (allegedly) confirmed by another Twitter user that apparently registered the device’s serial number on their Microsoft account. 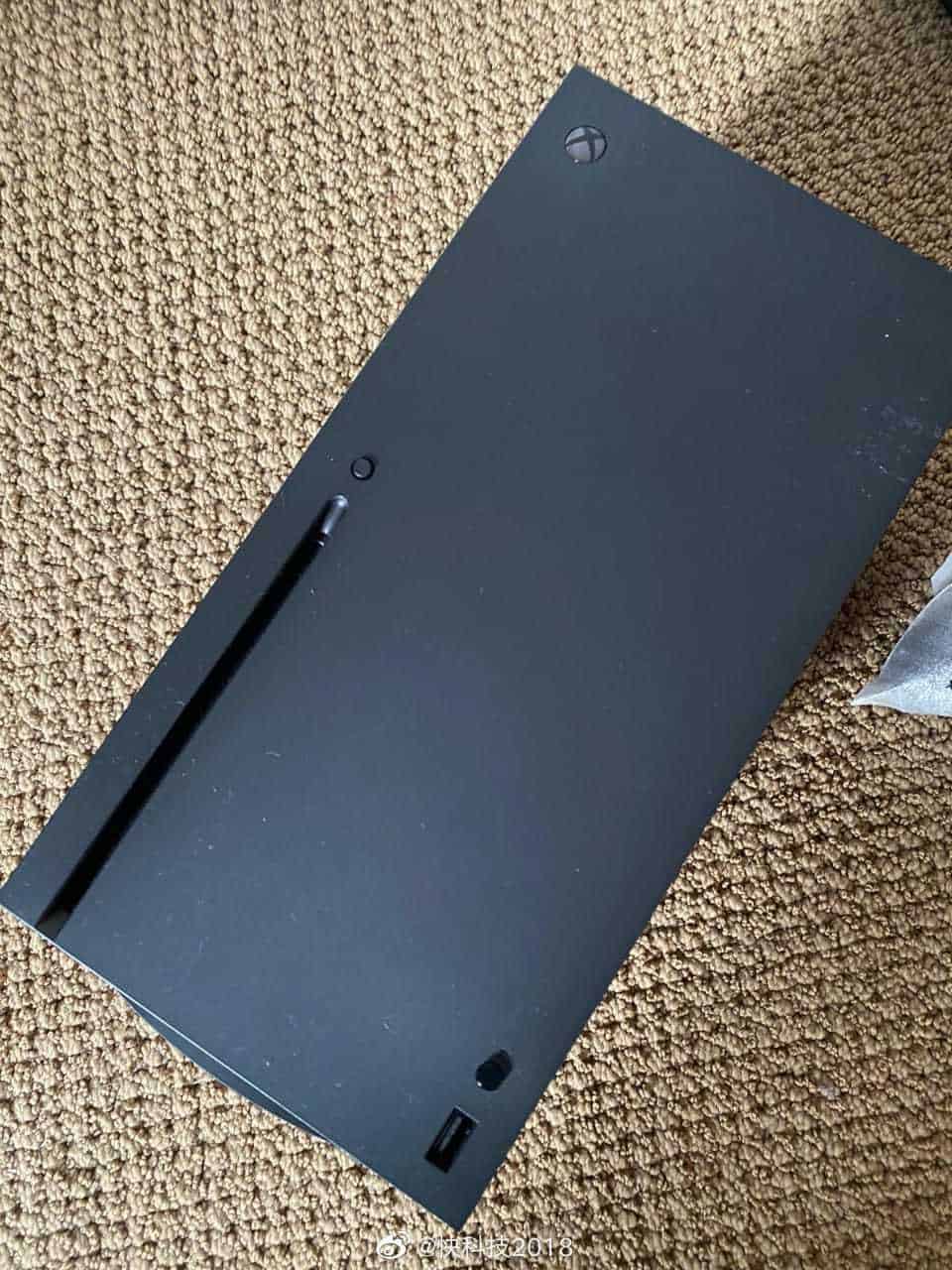 Either way, going back to the photos, we see the Xbox Series X looks just like the previously released renders. Which means we have a disc drive at the front, to read your CDs, DVDs and Blu-rays. We then find an USB Type-A port in the bottom left corner, along with a tiny button.

Meanwhile as far as the back is concerned, the next Xbox appears to feature not too many ports. These include a power plug, an Ethernet port, an HDMI port, two USB Type-A ports and a S/PDIF port. Additionally, we also find a rectangular shaped port probably used to diagnose the device. 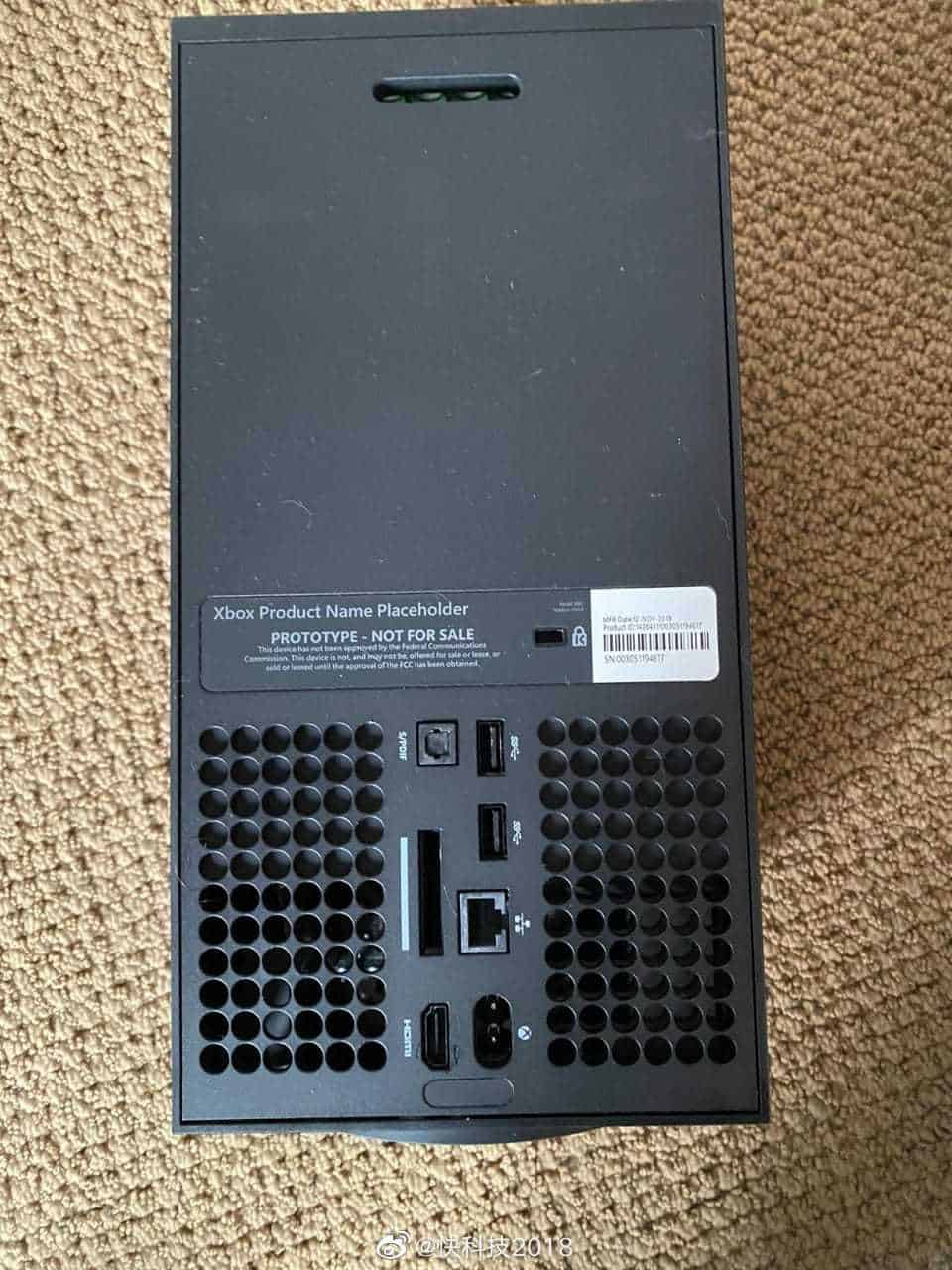 Now, albeit these images look as legit as it gets, we would like to point out that we’re talking about a prototype. The photo does indeed show it very clearly written on the back “PROTOTYPE – NOT FOR SALE”.

This means that the final product might look like the prototype above or it could look slightly different. We don’t expect it to change much in terms of overall design though, as the officially released renders already confirmed.

As for the features, Microsoft previously revealed that the XSX uses an ITX mini-like design; for up to four times the performance of Xbox One X. The device will support 4K 120Hz games, 8K output and sport hardware-accelerated ray tracing.

Finally, it’s been speculated that the graphics performance of the Xbox Series X is as high as 12TFLOPs; which would put it very close to an RTX 2080 Ti.

Previous Xiaomi Mi 10 will surprise everyone with a 108MP sensor and much more!