Some time ago Samsung announced its list of devices compatible with the Android 10 update. It also left us with the approximate dates of these updates. In this list, the Samsung Galaxy S8 is not named at any time. It is among the devices that are currently in their third year of updates. These devices have already fulfilled the two years that Samsung promises. Still, the company continues to confirm that this update will arrive.

Samsung has not confirmed that Android 10 will not reach the Galaxy S8. What it has done is leave them out of the list of updates, which, in part, is a confirmation. Now their customer service returns to confirm that these devices will receive the update in 2020. Of course, this is good news for the hopeless users.

Android 10 for the Samsung Galaxy S8 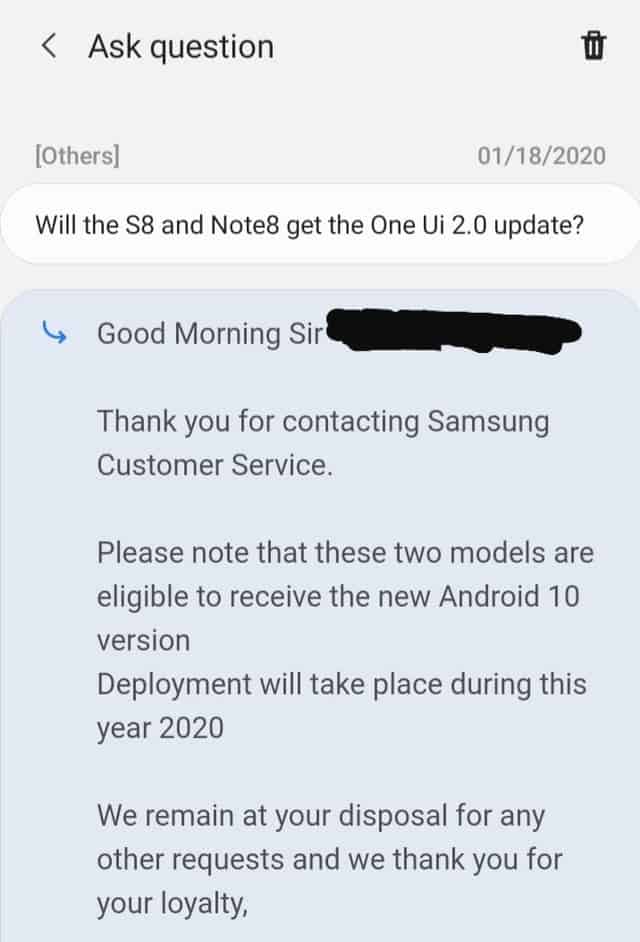 These Samsung Galaxy S8 were presented in 2017 with Android 7.0 Nougat inside. They later updated to Android 8.0 and in 2019 they received Android 9 Pie. This complies with the two software versions that Samsung promises, so a third update seems very unlikely.

This is a question asked to the company’s own customer service. These workers should have information about these updates before anyone else, in order to give a correct answer to users.

The reality is that Samsung says it will update its Galaxy S8 and Note 8 to Android 10, but we are very afraid that it will eventually not be so. From the customer service, they are giving hope to the users. We’ll see how all this mess of Android 10 updates ends during this year. What do you think about these new statements, do you expect Samsung to launch the update for the aforementioned devices?

Next Samsung's Quick Share will be an AirDrop alternative, with some restrictions