You may not be falling in love with Google Pixels, but we have to say, the camera’s performance in these smartphones is just awesome. However, this is not only due to the camera sensors in these devices but the software behind it is what plays the major role. Thanks to Google Camera and its algorithms, Google can deliver some of the best pictures in the smartphone market. And it doesn’t need to rely on multiple camera setups or weird mechanisms. Everything is packed into the Google Camera app.

To make it even more attractive, Google keeps pushing constant updates for the Camera app. The company is now rolling out Google Camera 7.3 update which introduces Do Not Disturb Mode and a new tweaked menu in the settings. More interesting than that, is the fact that after an APK teardown, developers found some of the future features such as 24FPS mode and even the codename of the upcoming Pixel 4A. 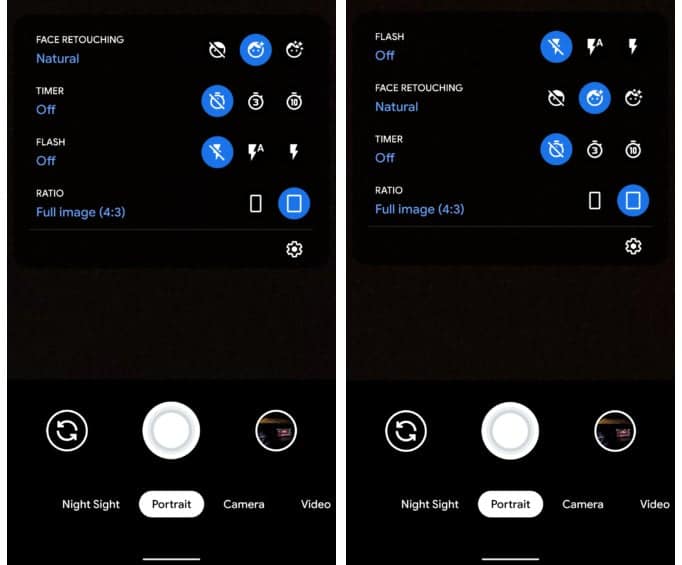 Some of the minor changes added by the update are the slight tweak in the settings panels for Portrait and Camera modes. The settings have been re-arranged. Now, the flash setting sits at the top of the menu, with the other settings retaining their original order. When it comes to the new DND mode, it will prevent notifications from interrupting the user when shooting a video. Worth noting that after the update this feature is enabled by default.

Furthermore, the APK Teardown revealed that Google seems to be finally addressing some issues with video recording. The search giant received a huge backlash from customers in the past years. The company has chosen to not implement video recording with high-frame-rate with Pixel 3. The things went down the hill when users discovered that it was also absent in the Pixel 4A series. Now, it seems that the search giant is starting to re-consider some choices. The code in the application teases the arrival of a new 24FPS shooting mode. That’s a frame rate that definitely will be enjoyed by Cinematographers.

Last but not least, the alleged codename of the upcoming Pixel 4A appeared. According to the app’s code, the device is known internally as “needlefish”. This name appears in the list of whitelisted devices for which the Camera App is intended to be compatible. However, digest this with a pinch or two of salt. After all, we can’t affirm that this is the Pixel 4A.

The update should reach Pixel smartphones in the coming days.