Back in the last month, Samsung unveiled the Galaxy A51 is part of the company’s plans of keeping the market margin it achieved in the last year with a refreshed mid-range series. This week the handset’s availability was extended to the Indian stronghold. According to official reports, the company will follow up on the A51 release with a new Galaxy A51 5G variant.

The new variant is said to debut the Exynos 980 SoC. It’s Samsung’s in-house made chipset that comes with an integrated modem for 5G networks. The Galaxy A51 with 5G has just been spotted on GeekBench sporting model number SM-A516N. The smartphone appeared with the aforementioned SoC along with 6GB of RAM and Android 10. 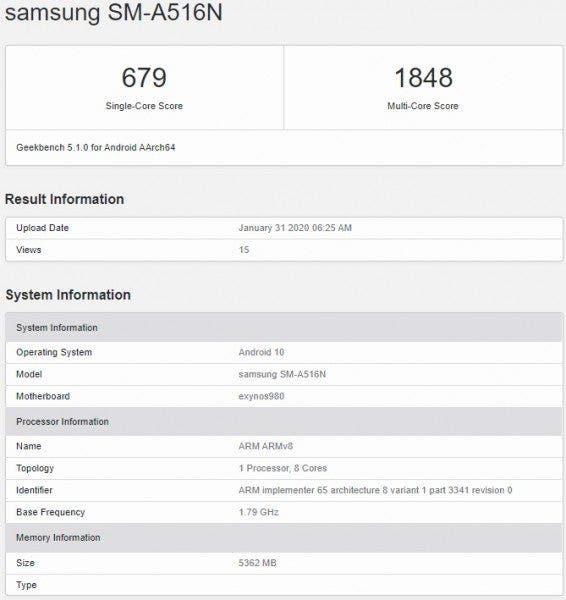 The smartphone achieved 679 points in the single-core tests and 1,848 in the multi-core tasks. Unfortunately, GeekBench 5.1 listing doesn’t reveal many details about the handset. We know that it will be slightly more expensive than the standard A51 sitting in the upper mid-range category. The device is said to come with a base storage of 128GB with support for further expansion via a microSD card.

We also know that it will be launched in South-Korea first. But we can’t say when Samsung will expand availability to other markets with 5G-ready networks.

Next Confirmed: There will be no new Nintendo Switch this year

This is the world’s first Lightning port on Android

Samsung Galaxy A51 will get Android 13, but don’t expect frequent updates