There have been several attempts to overcome Oppo in the fast charging section. Currently, the Chinese company has the fastest commercialized fast charging system on the planet. It is capable of charging a 4,000 mAh mobile phone in a few minutes. Xiaomi is expected to match it with the launch of the Xiaomi Mi 10. But it is not certain that it will exceed Oppo’s figures. Today the company talks about fast charging and the implementation of 100W in future devices. It is not the first time we talked about this type of charging so fast, as there are several companies working to offer something similar.

A quick charge that goes between 30W and 50W is more than enough for most users, especially when we take a look at the battery capacities of smartphones. Having 100W available sounds great when it comes to charging a 70,000 or 100,000 mAh battery, but it is not that interesting when faced with 4,000 or 5,000 mAh batteries.

Xiaomi says its 100W fast charging is not ready, it greatly degrades the battery

Xiaomi has confirmed that its 100 W charging system is not yet ready. But the company has not stayed there, because it has explained that this speed greatly degrades the battery cell it is charging. It even provides figures, which, we do not fully understand. 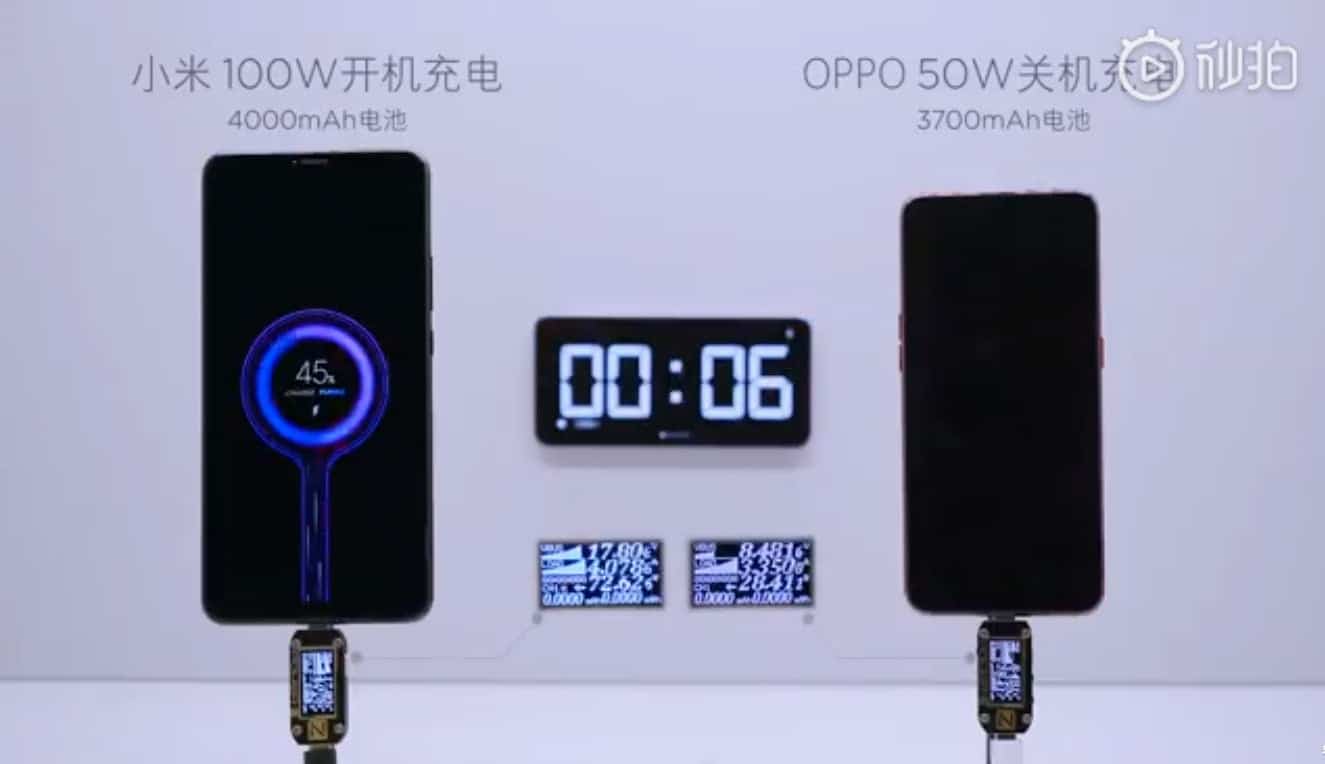 The company also explains that it is very complicated to offer this type of charging on a commercial device, as it must pass a series of very demanding certificates. The charger must meet important requirements and, in general, the device must adapt to this type of charging.

Is the Xiaomi 100W charging system will be an important feature for users? A battery of about 4,500mAh with a 50W charging is capable of fully recharging in just over half an hour. A tiny time that is greatly reduced if you only want an extra 20 or 30%.

Having 100W batteries could increase the price of the devices. In addition, it decreases their safety and has not very good consequences in the short term. In short, we believe that the 100W charging in which some companies are working is not entirely interesting for users.

Previous No virus will stop the presentation of Xiaomi Mi 10

Next iPhone 9 concept shows us what its design can be! (video)