The smartphone manufacturing industry is consistently evolving. In a couple of years, so many things took a new dimension. There was a time when the dual rear camera solution seems like the world-best technology. However, we now have a Penta (5) rear camera setup. The 2010s witnessed a major revolution in Android flagship smartphone design, and it is time to rethink smartphone design. The 2020s may also be another decade of the smartphone revolution that will revolutionize the design and specifications of smartphones. 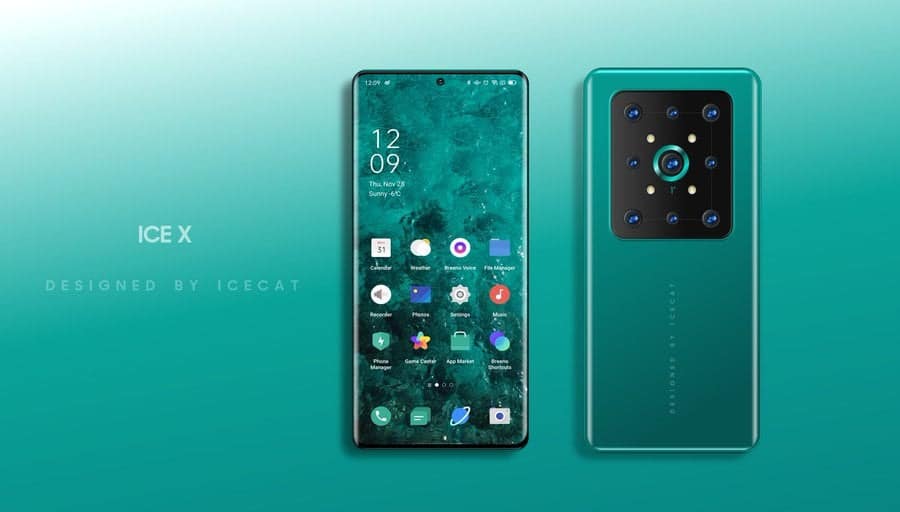 Ever wondered what Android flagship smartphones will look like in 2022? Here is what @iceuniverse thinks. According to bold predictions, by 2022, smartphones will have up to nine rear cameras. In addition, the housing of these cameras will be a large rectangular protrusion, and the main camera will be placed in the middle. Even more exciting is that the largest sensor will reach 1 inch. Furthermore, the arrangement of the camera sensors will look similar to that of the Nokia 9 camera.

Android Flagship design will depend on manufacturers

The progress of smartphone design will largely depend on the phone makers. However, there is a strong tendency for manufacturers to follow a trend once it hit the market. Take for instance the pop-up camera solution. Shortly after it hit the market, many second-class and even third-class manufacturers are now using this solution. Nevertheless, many people do not really see a need for multiple rear cameras. Nine cameras seem outrageous but we are already at five. This means that we are already heading towards nine.