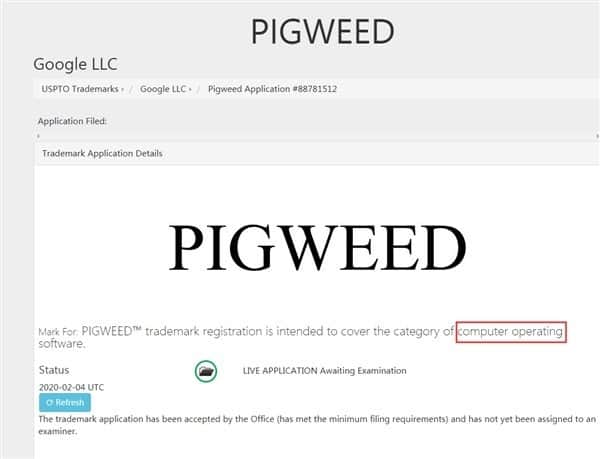 According to reports, “Pigweed” literally translates as “Ceratoporia”, which is an edible green leafy plant with nutrition. When some quinoa is fully grown, it will dry out and form tumbleweed, spreading their seeds when the wind blows. This is not the first time that the term “pigweed” is appearing on Google’s system. Pigweed previously appeared in the Fuchsia operating system code. Furthermore, it has also been spotted on Google Chrome code. However, this does not explain its relevance.

Currently, there is very little information about “Pigweed”. The name “Android” was registered five days before the operating system was first publicly released in 2007, and the term “Chromebook” was not registered until months after the first Chromebooks went on sale in 2011. At the same time, the name “Fuchsia” has been registered for more than two years and has not yet been officially released. Thus, we can not really say much about this “new system”

Previous Motorola Razr foldable phone will have a golden edition

Next Realme confirms 5G availability on its upcoming global flagship