Last month, we saw an image of the LG V60 ThinQ back panel, which indicates that the smartphone will come with four rear cameras. Now, another image from popular leakster, @evleaks confirms that this smartphone will indeed come with a quad-rear camera setup.

The picture also shows that because the front camera is at the center of the screen. The LG V60 ThinQ’s screen is highly likely to be a waterdrop screen. In addition, the image shows that the new device will come with four microphones and a 5,000 mAh battery.

The second picture shared by a source shows that the LG V60 ThinQ’s USB-C port is located at the bottom center, with speakers and a 3.5mm headphone jack on the side. 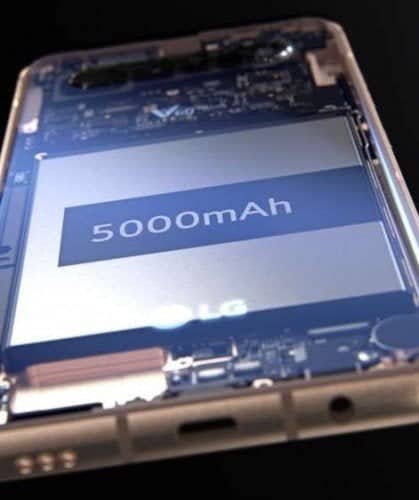 LG has not officially announced the V60 ThinQ, but a report from South Korea last December stated that it will debut at MWC later this month. This smartphone will support 5G network with a better DualScreen. However, since LG withdrew from MWC, it is not clear when the V60 ThinQ will be officially released. What do you think about this upcoming flagship from LG? Will LG bounce back to the smartphone market? Let us know your thoughts in the comments section below.