After becoming one of the most desired features on virtually all platforms and applications, Dark Mode appears to be destined to be integrated in literally everywhere in 2020. After having launched Dark Mode for WhatsApp, now we see the company also implemented it in the popular Facebook Lite application.

Interestingly, it ends up receiving Dark Mode before the original Facebook application. Although several signs have already appeared in November, they have not yet been made available to all users. With regard to Facebook Lite, it seems that it is being made available globally. 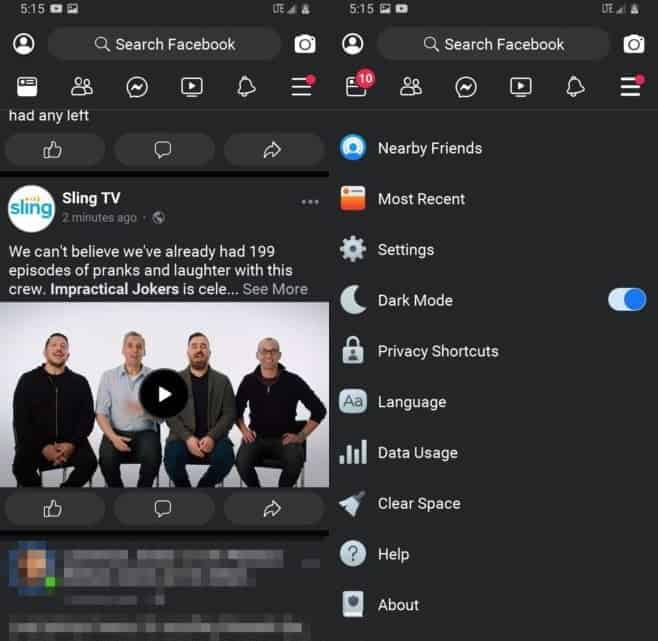 Facebook Lite continues to present itself as the best option for many users. Originally, Facebook Lite was launched with the aim of facilitating access. In addition to improving the user experience for more modest smartphones and areas with a weak internet connection.

However, the fact that it is much lighter and takes up much less space on smartphones, ended up presenting itself as the first choice for many. This is not an unexpected situation, since the application integrates practically all the essential functionalities of the original application.

After starting to appear for some users from version 181. Now, it seems to be finally available to everyone with the arrival of version 186. Still, it seems that Dark Mode is coming through a second update made through the server. For this reason, it may take a few days to reach everyone.

As with many applications, Facebook Lite also gives users the opportunity to join the beta program. They can take advantage of features that have not yet been fully finalized.

To join this program, simply open the Facebook Lite page on the Google Play Store and scroll to the end of its description. You will be able to find a small text box that says “Register for Beta program”.

After a few seconds, you will be able to update your application to the latest beta.