Sony was supposed to launch a premium flagship phone at MWC 2020 but the conference is now canceled due to the outbreak of coronavirus. Well, the device was expected to come with a moniker Xperia 5 Plus or Xperia 1.1. With confusing naming schemes, it is quite hard to keep track of Sony Xperia devices. A new leak points towards Xperia 9 smartphone which is going to be an upper mid-range device. As per the report, the new device is going to be a successor of Xperia 10. 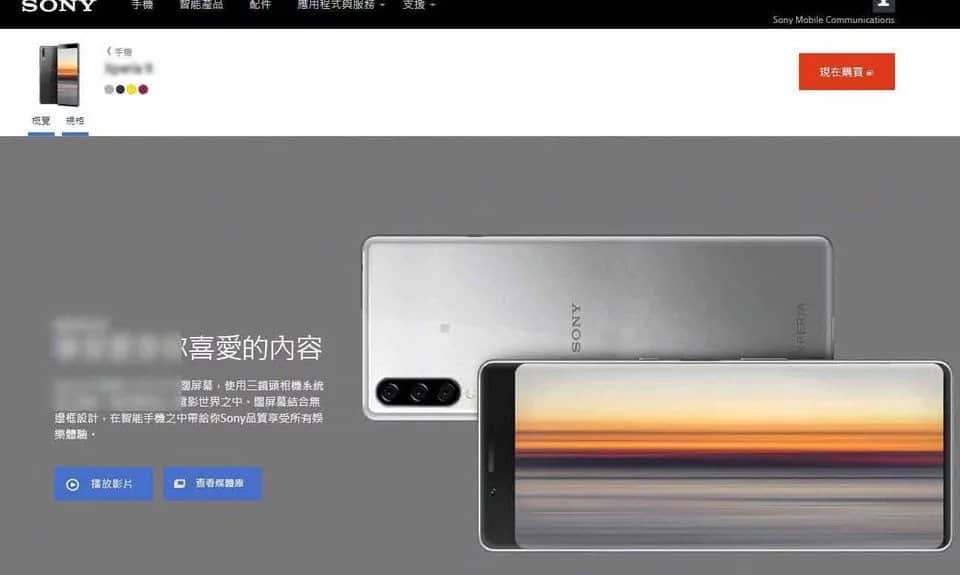 This leak is coming from the Reddit itself where some users posted a press render of the upcoming Xperia 9 device. As per the new leak, the device will come with a curved display. Surprisingly, there is a very big bezel on the top and a very small one on the bottom. The top bezel of the device features a single camera module along with a cutout for the speaker. At the back, there is a triple camera module accompanied by an LED flash. You can also see the NFC logo on the back suggesting the device will definitely come with one.

With that said, there is no information on the authenticity of the new leak. We will recommend taking it with a grain of salt. Since MWC 20 is canceled, Sony is planning to host an online event where it will unveil some devices. We might see the brand showing off this device in the same event.

As of now, the details on the internal hardware of the device are quite scarce. Various reports have earlier suggested that the company is working on a device with Snapdragon 765 chipset. We might see this chipset getting incorporated in this upper mid-range premium device.

Previous Samsung Galaxy A71 Might Launch in India on February 19