Chinese manufacturer, Vivo will release its new smartphone, Vivo Z6 5G on February 29. The company has officially revealed that this smartphone will come in three colours which include black, blue Purple and light blue. The front of the Vivo Z6 uses a small punch-hole camera which is consistent with the Vivo X30 series. On the rear, this smartphone uses a quad-rear camera setup with an LED flash. It also has a rear fingerprint sensor.  For its battery, this smartphone comes with a huge 5,000 mA battery which supports 44W fast charging. So how long will it take to fill a Z6 phone? 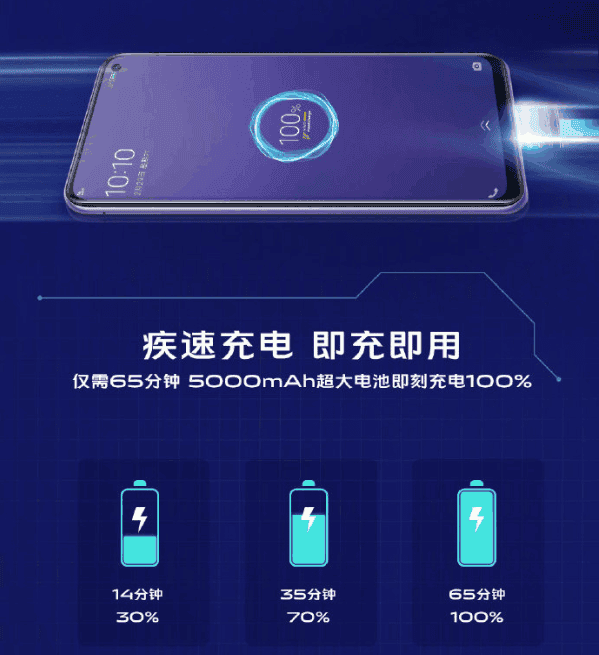 Vivo also confirmed the Z6 5G to have a Snapdragon 765G SoC with a Snapdragon X52 5G modem and Adreno 620 GPU. Like we said earlier, this device will pack  5000 mAh battery with support for 44W fast charging. This smartphone will feature dual-mode 5G and PC-grade liquid cooling for heat dissipation.

The Vivo Z6 5G is releasing as the successor to the prior Vivo Z5 device, which made its debut back in July 2019. The Z6 will run on the latest Android 10 operating system with Vivo’s custom UI FunTouch skin on top. The smartphone is likely to come equipped with a 32-megapixel selfie camera housed inside the punch-hole display cut out.

As of now, there is no other information regarding this smartphone. The Vivo Z6 5G will later go on pre-sale starting February 29 in the Chinese market. And as we head closer to its anticipated launch, the handset is likely to leak further, revealing more specifications. What do you think about this new Vivo phone?

Next Honor AM115 earphones and more discounts from Ebay