A few days ago, Google gave users the first taste of Android 11 via another of its Developer Previews. Thanks to it, it’s possible to have a sneak peek at the features that will come in the new Android version. According to reports, Samsung may have commenced internal testing of the new software on the Galaxy S10+. After all, an S10+ smartphone with model number SM-G975F appears on GeekBench with Android R. 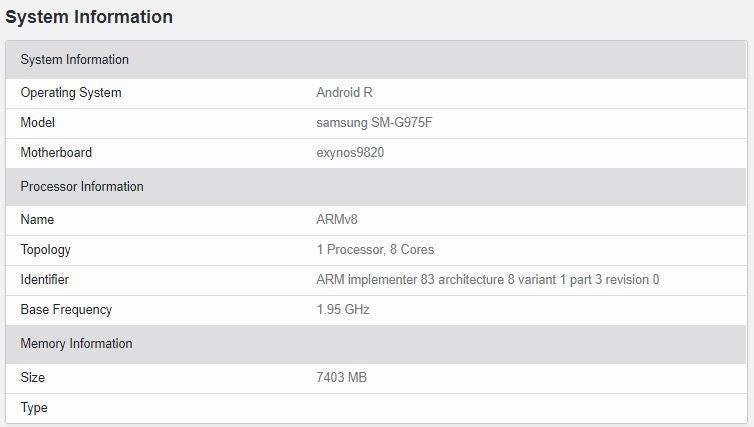 It’s a really surprising move to see Samsung testing the new firmware version. However, this is something natural in the smartphone industry. The Developer Preview comes to help developers and OEMs to test the new operating system and adapt their apps and smartphones to it. Samsung is just trying the first Developer Preview on its smartphone to make sure that everything will work as intended in the future Android version. Of course, we’re still several months away from the official Android 11 release. Until then, we will also see plenty of new Developer Previews coming with improved stability, and perhaps, new features.

We believe that once Google drops the stable version of Android 11, probably in September, Samsung will run to bring a stable update to its most recent flagships. Of course, the priority will be the recently released Galaxy S20 series and the future Note 20 phones. However, the Galaxy S10 and Note 10 phones should also receive it until the end of 2020.

When it comes to the 2018 flagships, Galaxy Note 9, S9 and S9+ we believe that they’ll be out of the company’s Android R plans. But let’s leave this for the future.