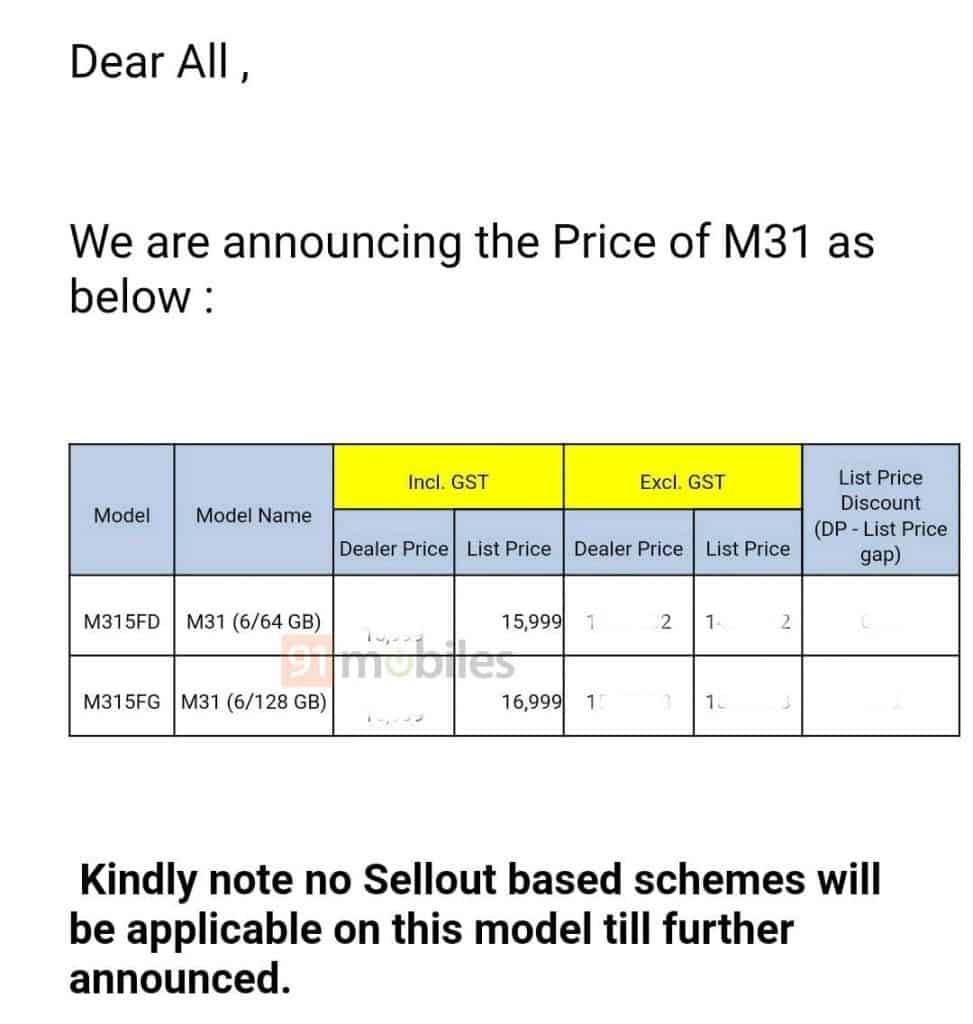 As promised earlier, Samsung will now bring its online exclusive lineup to the offline market as well. In fact, we now have the information on when the offline sales will kick off in the country. As per the new report, the Galaxy M31 will be available via offline stores in India starting from March 6.

Talking about the specs, the Galaxy M31 features 6.4-inch AMOLED panel with Full HD+ resolution and a waterdrop notch. The notch houses the 32MP front snapper which will take care of your selfie and video calling needs. Under the hood, the phone runs on Exynos 9611 chipset paired with 6GB RAM and up to 128GB onboard memory.

At the back, there is a quad-camera module that consists of 64MP primary sensor, 8MP ultrawide lens, 5MP depth sensor and 5MP macro lens. You will also find the physical fingerprint sensor on the rear. Powered by a massive 6,000mAh inside, the phone runs on the latest Android 10 OS with One UI skin on top. To top up the battery fast, the phone comes with 18W fast charging tech. Other specifications include 4G LTE, WiFi, Bluetooth 5.0, GPS and USB Type-C port for charging.

Next iPhone 9 Comes Next Month, Predicted To Bring $12 Billion Revenue To Apple