Google introduced its system-wide dark mode to Android 10 for the first time. While the Dark mode on Android 10 looks good, once you switch from “System” settings to dark mode, apps, and services such as Google Play will also follow the system settings. However, this “behavior” plagues many users since they need to switch back to Light mode if they want to have the white interface in apps such as Google Play Store. Today, these users can finally rest since a new update is rolling out to add a Dark Mode Switch to the Play Store app. 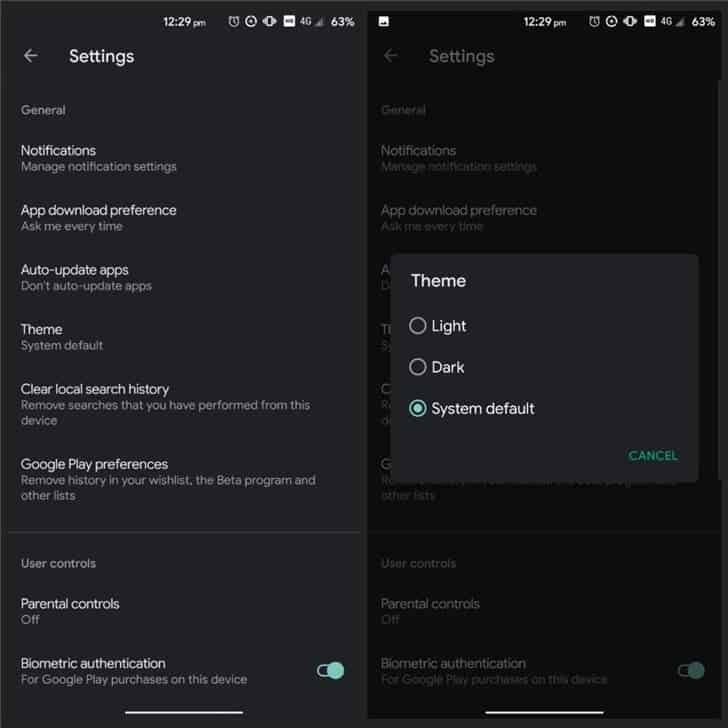 The company added a separate dark mode in the Play Store settings page. Thus putting an end to any issues with a forced Light or Dark mode. This definitely is a good improvement and adds more versatility to the Android’s new interface. You can also set the application to follow the systelem settings by selecting the system default option. 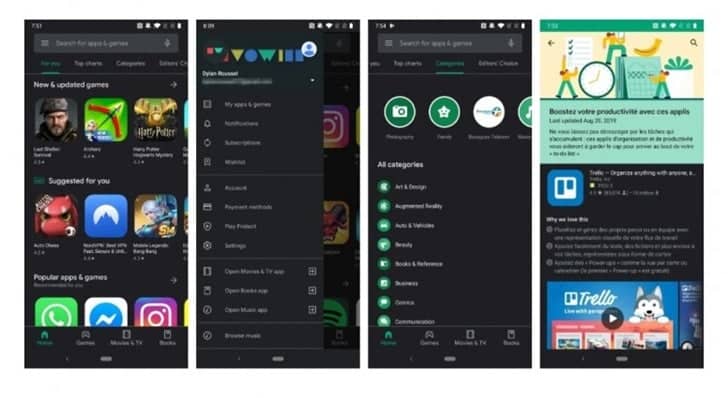 Worth noting that this feature isn’t widely available for all users. First of all, it requires Android 10, no surprise. Second, it seems to be available just for some devices. That’s a natural behavior since Google usually rolls out server-side updates for Google Play Store. In the next few days, we expect to see more Android devices getting the new toggle.