Today, Nubia officially announced that it will host the Red Magic 5G gaming smartphone new product launch conference on March 12. Also, it asked an interesting question, that is, ‘all are Qualcomm Snapdragon 865 phones, why are some stronger?’ 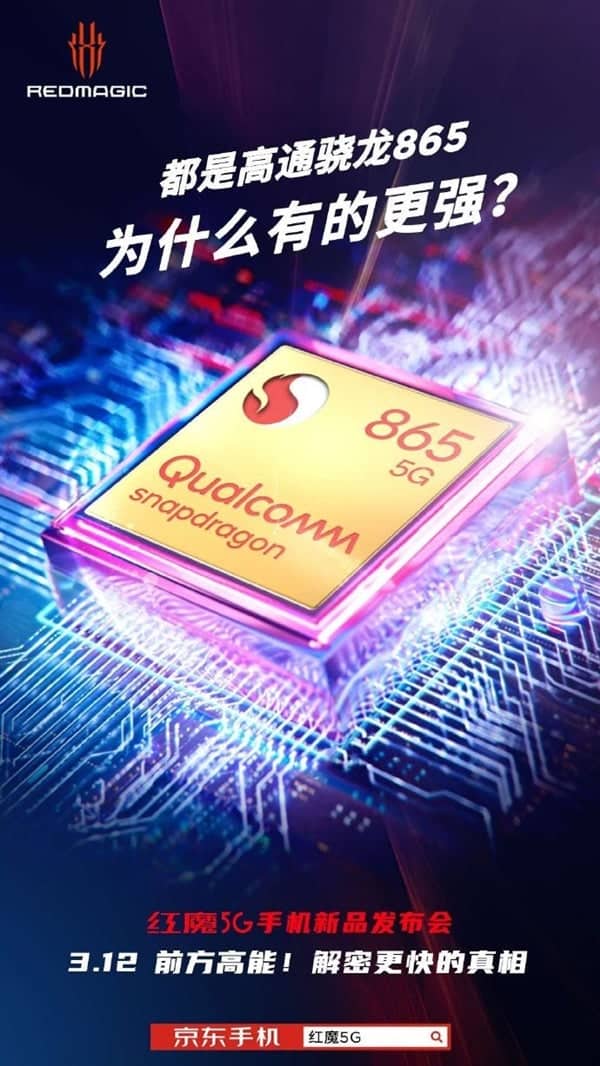 As we all know, system optimization, cooling, tuning, and other factors will make the same processor perform differently. Since the Red Magic 5G picks up the topic, there is every reason to think that Nubia will bring a unique heat dissipation structure as well as a system optimization.

Earlier, Nubia’s President Ni Fei showed off the Red Magic 5G’s AnTuTu and Master Lu points on Weibo. He said: ‘It is reasonable and expected that the Red Magic 5G once again led (in terms of power)!’ 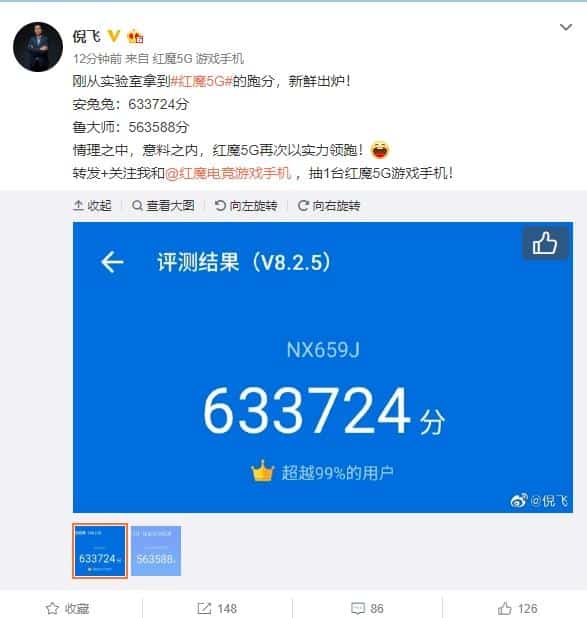 The first-gen Red Magic smartphone was not packed with the latest flagship chip. But in the successor models, the manufacturer fixed this. As for the forthcoming smartphone, it will sport a Snapdragon 865 with up to 16GB of memory and UFS 3.0 flash storage. Like other flagship smartphones released this year, it will support Wi-Fi 6. The battery capacity is 4500mAh and its supports 55W flash charge.

Another big selling point of the Red Magic 5G is the world’s first 144Hz gaming screen. Not long ago, the international authoritative game performance testing agency GameBench tested three games ‘Real Racing 3 (144Hz)’, ‘Peace Elite’, and ‘Honor of Kings’ on the Red Magic 5G game phone. And all they got the ‘Ultra’ highest level evaluation certification.

Next Nokia Cooperates With Intel and Marvell To Support ReefShark Chips