Redmi’s highly popular Note series is about to bring its ninth generation to the Indian market. The duo of smartphones will come in the traditional form of Redmi Note 9 and Redmi Note 9 Pro. The latter variant is leaking a lot lately, while the Vanilla edition seems to be quite shy. We know that rumors are indicating a Snapdragon 720G on the Note 9 Pro, but what about the standard model? GeekBench may have revealed that two days ahead of the official launch on March 12.

The Xiaomi Merlin, which is likely the vanilla Note 9, ran Geekbench 5.1 with what appears to be a MediaTek Helio G70 SoC. Of course, the performance of this particular chip is below the one achieved by the Snapdragon 720G. Furthermore, it also sits below the Helio G90T SoC which is present in the last year’s Redmi Note 8 Pro. 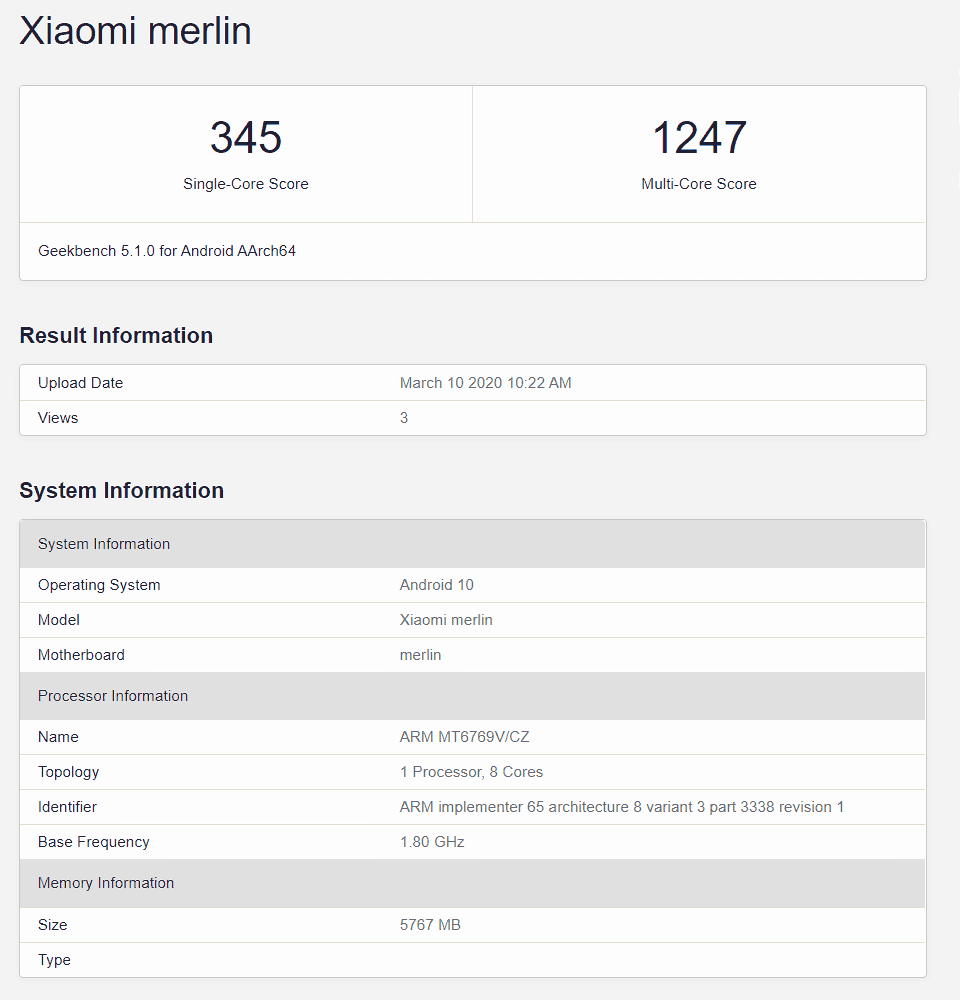 Interestingly enough, the Redmi Note 9 will also come in a 6GB RAM flavor. According to recent rumors, the Pro version will come in 4GB / 64GB and 6GB/128GB configuration. Unfortunately, there are just a few details to separate the vanilla and Pro models. Now we know that the Chipset will be distinct between the two. What remains to be seen is if both devices will sport the same cameras.

Worth noting that rumors indicate that Redmi will also launch a Redmi 9 in the coming months. Under the hood, we expect the handset to pack the very same Helio G70 SoC. The chipset is present on the Realme G70, while the Snapdragon 720G of the Pro variant is present in Realme’s C3. Apparently, the Redmi Note 9 will be the cheaper Redmi Note smartphone ever. In two days we’ll know more.