Back in the last month, Samsung started a staged rollout of Android 10-based One UI 2.0 update for the Galaxy A70 units from Ukraine. However, the rollout was abruptly pulled for unknown reasons. Today, the company is resuming the rollout. We believe that Samsung successfully addressed all the issues in the update. Along with the A70, the company started the rollout for the more modern Galaxy A70s in India.

The One UI 2.0 update for the Galaxy A70s bears A707FDDU2BTC2 serial and weighs in at 2GB. As you may expect, the update is rolling out over the air. So it may take several days to reach all eligible units in India. That, if no critical bug surfaces during this initial phase. Once you install the update, you’ll get all the new features brought by Samsung’s Android 10 branch. It includes new visuals, advanced gesture controls more control over app permissions and refreshed interface. Worth noting that the update also includes February 2020 security patch. 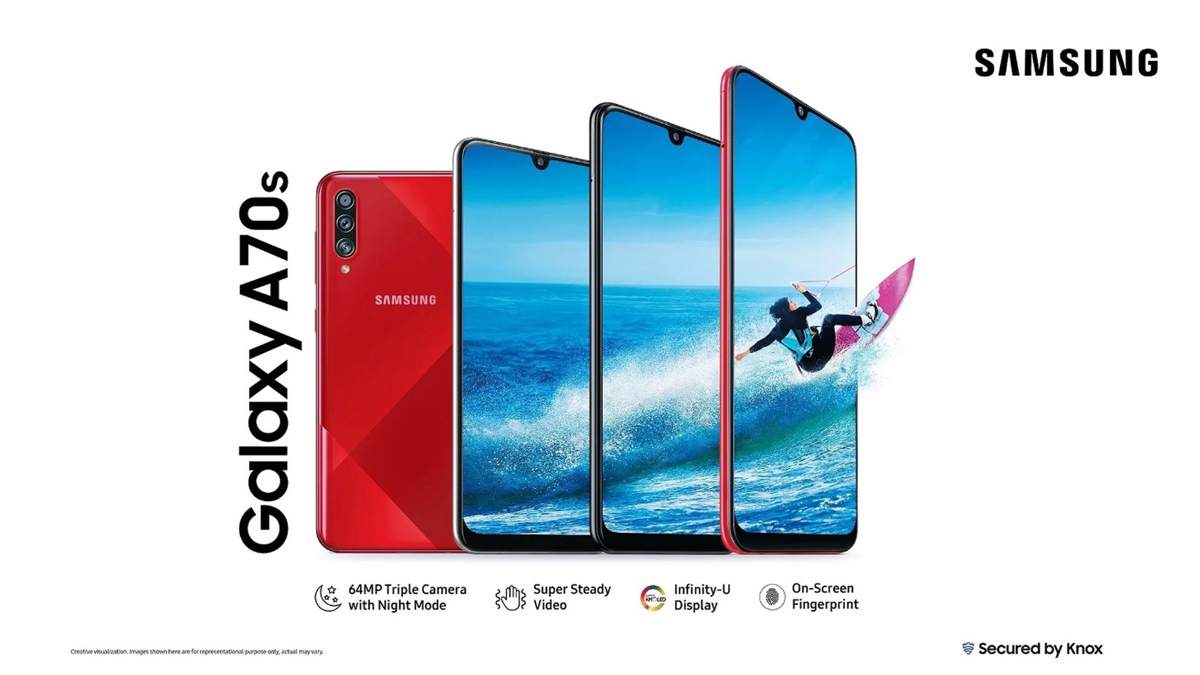