After launching the Galaxy S20 series together with the Galaxy Z Flip, the new folding phone that impressed the users; The South Korean manufacturer is already working on its future devices. Now, thanks to the new registered patent, it has been discovered that the Galaxy Note family devices could change forever. Samsung could introduce a foldable version of the Galaxy Note 20. 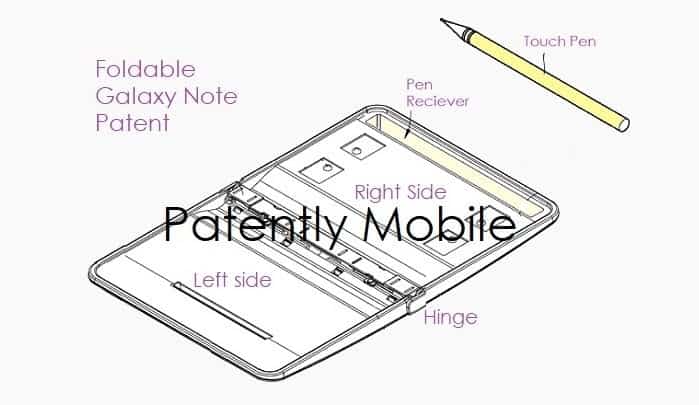 Samsung has recently won a major patent for a future, foldable version of its flagship Galaxy Note smartphone, as revealed from PatentlyMobile. A patent that, as can be seen in the image below these lines. It clearly illustrates the presence of a classic S-Pen, which would be stored inside a fixed unit in one of the cases of this folding Galaxy Note. A patent with which the Korean manufacturer also makes clear that it is trying to reinvent how the screen folds and protects beyond what is seen in the Galaxy Fold.

It is worth mentioning that recently, Samsung has patented a new screen technology. The technical details of this new panel are still unknown. But, it could well be inaugurated with the Galaxy Note 20 which will be released later this year.

Samsung continues its efforts to remain a leader in smartphone screen technologies. After AMOLED, the South Korean brand would have in its boxes a brand new display concept. It has already filed a patent in the United States about it.

The document was completed by the subsidiary Samsung Electronics. This suggests that this new technology will indeed be intended for smartphones. A theory which is confirmed a little further in the category of products, in which we have “screen for smartphones”.

Next Mobigaming.com: your only source for mobile gaming news! Visit our sibling!