After being left without a proper event at the canceled MWC 2020, Nokia had to improvise a new launch for the first 2020 Nokia smartphones. Today, Juho Sarvikas, the company’s office took the wraps off Nokia 5.3 and Nokia 1.3. The devices aren’t so impressive and don’t seem to be on par with some upper mid-range smartphones. Nokia is also sticking with the last year’s traditional design.

The Nokia 5.3 is built around a notcher 6.55-inch HD+ IPS display and has a Snapdragon 665 chipset. There are three RAM configurations – 3GB, 4GB, and 6GB. The storage amount is set at 64GB, but users can expand it with a good microSD card.

Moving around to the back, there’s a circular camera module with four sensors. The main one is 13MP with f/1.8 aperture and also a 5MP ultrawide unit. The setup is completed by two more 2MP modules. One will help with macro shots while the other is set for depth sensing. The waterdrop notch serves as a house for the 8MP f/2.0 selfie snapper.

The Nokia 5.3 draws power from a generous 4,000mAh battery that only charges at 10W. The charging rate is rather slow, but HMD states that you won’t need to top it up too often as it will easily last you two full days. The company promises at least three years of regular Android updates. The phone comes with Android 10 straight out of the box.

The Nokia 5.3 will be available globally starting in April in Cyan, Sand and Charcoal versions for €189.

The Nokia 1.3 is an entry-level device, so don’t expect anything close to nowadays mid-range phones. The handset has a minimalistic 5.71-inch IPS HD+ screen with a minimalist notch at the top. Under the hood, the phone carries a Qualcomm 215 Quad-Core CPU paired with 1GB of RAM. On the storage side, there’s 16GB and you can expand it with a microSD card slot.

On the back, there’s a very modest 8MP shooter that focuses on low-light and portrait performance. It comes with the new Camera Go app from Google. It makes use of the search giant’s AI capabilities that allow a modest camera to capture stunning shots. The front-facing snapper has 5MP. 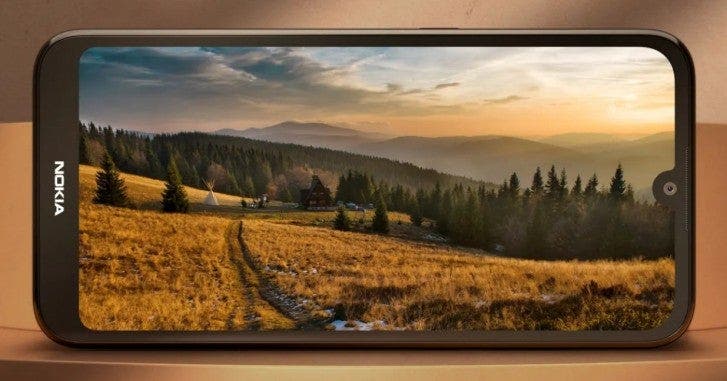 The handset draws power from a 3,000mAh battery with support for 5W charging over the dated micro USB port. The phone runs Android 10 GO Edition out the box. According to Nokia, it will also receive Android 11 Go Edition when that arrives.

The Nokia 1.3 is coming in April for just €95. Its color options will be Cyan, Charcoal, and Sand.

Next Big batch of discount coupons from Geekbuying