OPPO just announced its first smartwatch called ‘Oppo Watch’ a few days ago alongside the Find X2 series in China. The company also mentioned the number of regions that its latest flagship phone would launch in in the near future, but didn’t quite do the same for the OPPO Watch.

Although OPPO did not say anything about its smartwatch’s availability in international markets, the company’s VP and President of Global Marketing Brian Shen tweeted that it will be made available in Western Europe later this year. However, the brand or any of its executives did not mention anything about Oppo Watch’s launch in India, which has been now somewhat confirmed via BIS certification. The wearable has been spotted on the BIS certification portal suggesting an imminent launch in India. Nevertheless, we hope the company to soon start teasing the ‘OPPO Watch’ launch in one of its biggest markets outside of China. 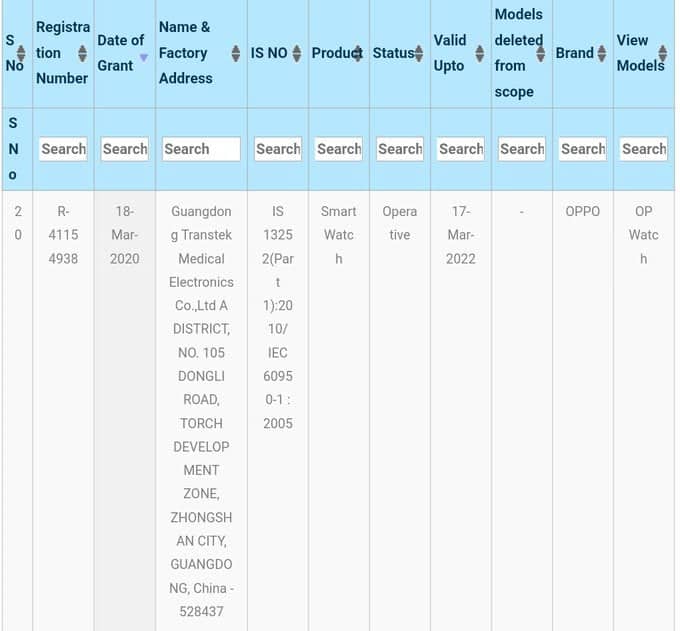 The OPPO Watch starts at 1,499 Yuan in China and therefore expect it to start around INR 20,000 in India.