Back in February, Samsung revealed the new 2020 flagships in the form of Galaxy S20, S20 Plus, and S20 Ultra. The new smartphones came with an updated variant of the company’s user interface – One UI 2.1. Older flagships are still on One UI 2.0 that was rolled to bring Android 10 to these phones. Rumors have been indicating that Samsung would eventually bring this update to the last year’s flagships. According to Samsung’s community moderator, the new update will be distributed to the Galaxy S10 and Note 10 smartphones in three weeks. 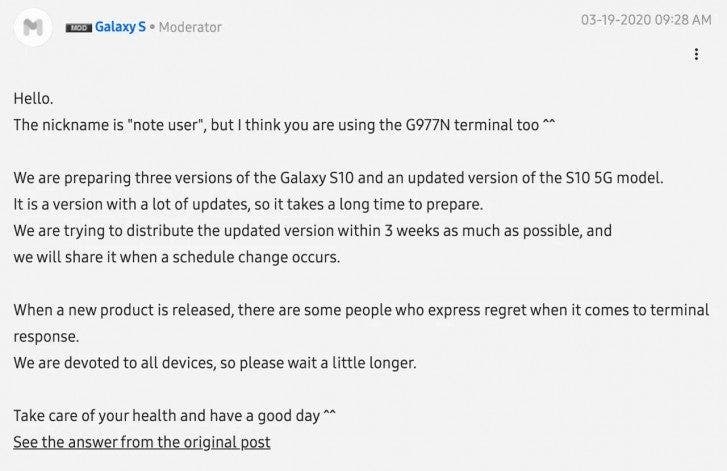 Although these devices are compliant with the A/B process for updates, the new firmware will reach the lineups by mid-April. Eventually, Samsung will also roll out the update for the Galaxy S9 and Note 9. Yesterday, it was revealed the Samsung is already working on a new One UI 2.5, but this is likely to arrive in the fall with the Galaxy Note 20 devices.

One UI 2.1 interface brings a feature dubbed Quick Share. It allows users to send files faster, provided they are in the same Wi-Fi network. However, since it is limited to 2.1 users, it is still available only to Galaxy S20 and Galaxy Z Flip phones. If you any of the 2019’s flagships stay tuned for this update.