The Samsung Galaxy A31 has been in the rumor mill for quite some time, and now, the device has been spotted on Samsung‘s official support page. The device is likely to replace the existing Galaxy A30 handset in the mid-range segment. According to previous reports, the company is planning to launch several smartphones as part of the lineup.

As an official launch inches closer, a support page for the device just went live on Samsung’s website in India. Therefore, it is safe to assume that the launch of the new Galaxy A31 smartphone is closer than we think. The model number for the device, or at least the version to release in India, is SM-A315F/DS.

However, the page doesn’t provide any details regarding the specifications of the smartphone. Another previous Bluetooth certification also confirmed that the phone was coming, and it features Bluetooth 5.0 connectivity. 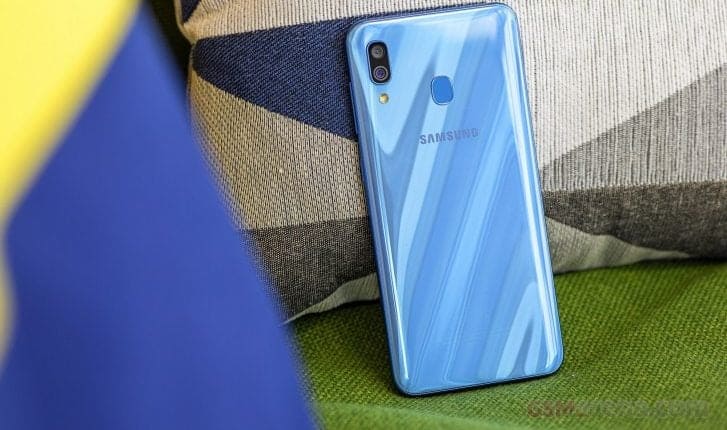 According to previous leaks and rumors, the Samsung Galaxy A31 is likely to pack in a 4,000mAh battery and support for 15W fast charging. The device could feature Samsung’s home-brewed Exynos 9611 chipset. Speaking of design, the Galaxy A31 will differ from the a-typical Galaxy A-series of smartphone design on the rear side. As per the recent leaks, the back of the phone features a new design.

It is unclear if the Galaxy A31 will also have the same camera combination as its predecessor variant. Although, the device could still share some specifications from it, including a Super AMOLED display with a plastic back build and Corning Gorilla Glass protection.

The Samsung Galaxy A31 is likely to ship with the latest Android 10-based OneUI 2.0 OS out-of-the-box. However, Samsung is yet to confirm the launch of the smartphone, and these are just rumors. Hence, users are advised to take this information with a pinch of salt.