So far, smartphones with a double display have only ever been found as unsuccessful concepts. But a manufacturer like Huawei may also want to try it but with a different approach as we can see in a new patent. In the past few months, we have always ignored patents, because these are often just fancies of various developers and hardware designers. However, this new idea, which Letsgodigital was able to find and visualize, is exciting. The “ring”, that surrounds the rear camera which was previously only optically recognizable, is to become a touch-display. The Mate 30 already had this around the camera.

Huawei Mate 40: will the camera also become a display? 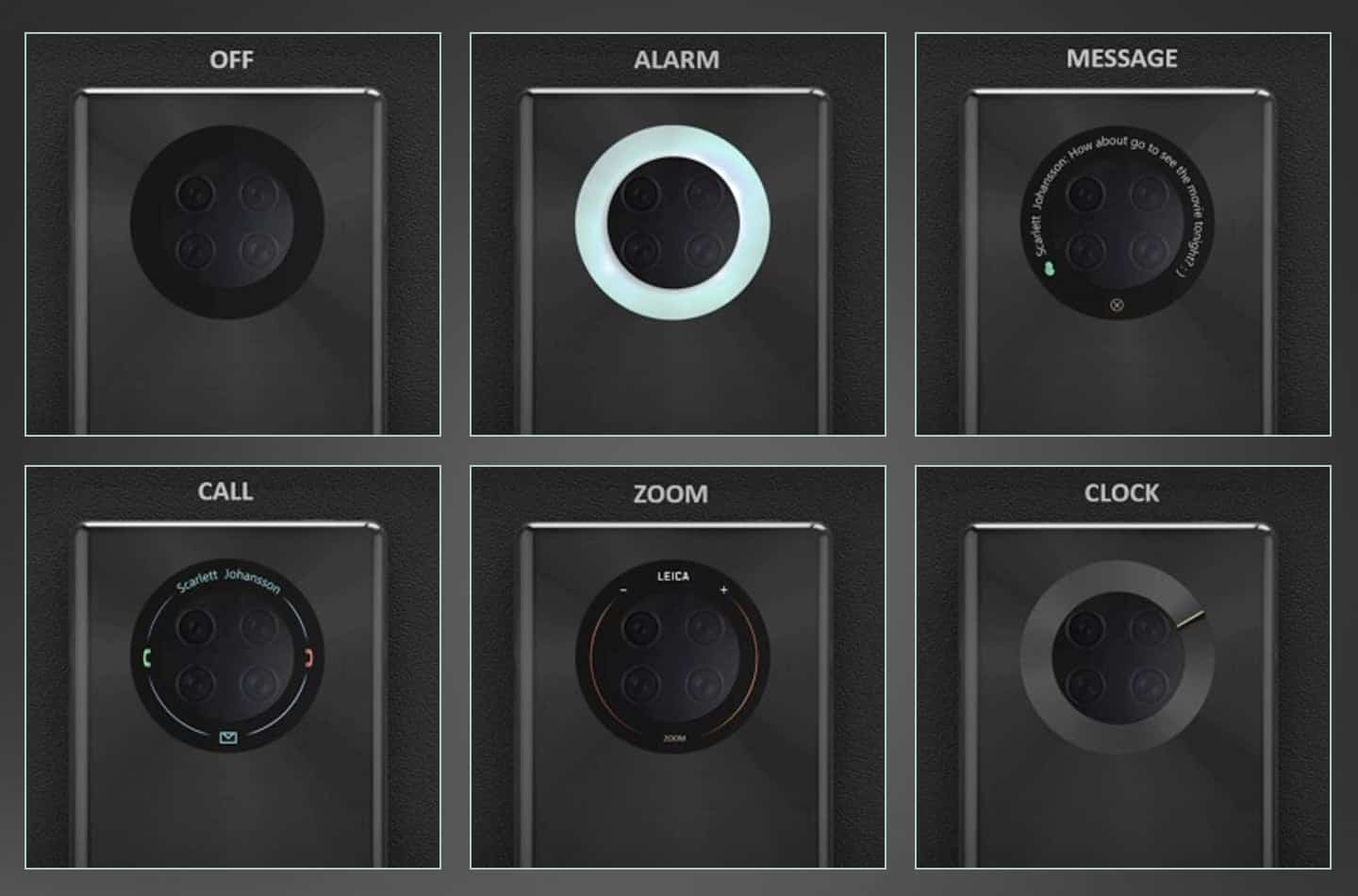 It is said that Huawei has the idea to transform the ring around the main camera into a round display. It can be used to view notifications, answer calls, control the volume of the smartphone, use the camera app’s zoom and read other information. Coupled with a modern vibration in the smartphone, it will feel like a physical dial when operated. This could well be worth considering. But as I said, it’s a concept and nothing more. We cannot and should not, therefore, assume that we will really see this idea in the Mate 40. 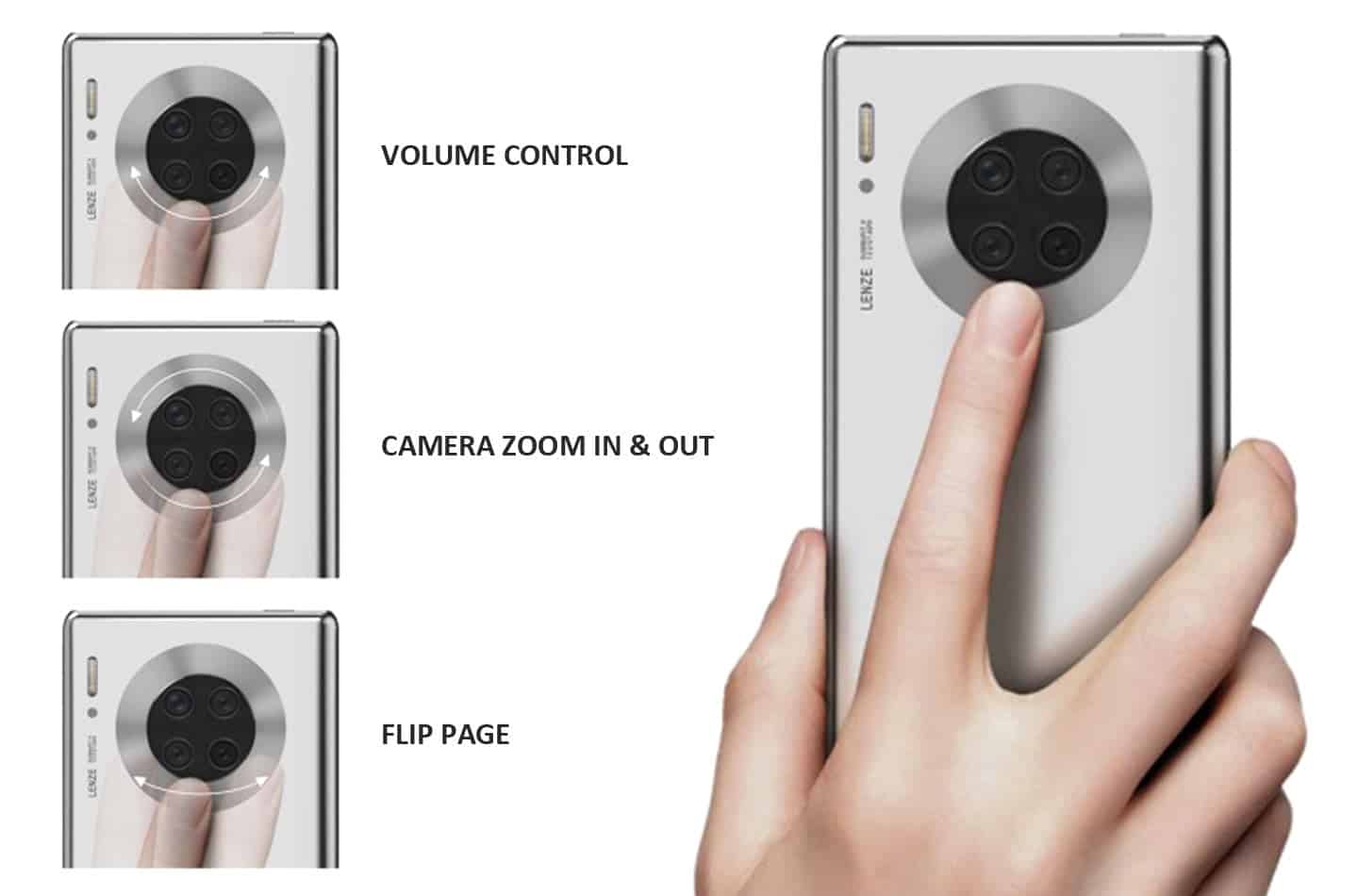 In mid-2019, Huawei Technologies has filed a design patent in its home country of China. It was approved on March 20, 2020 and is included in the Global Design Database of the WIPO. It’s the World Intellectual Property Office. There are 15 product drawings available, in addition, a clear color image has been added to the patent, showing five different functions. It is also special that there is a kind of explanation page of a sales brochure included in the patent. In this way we get a very good impression of Huawei’s discovery. However, we will have to wait I to discover whether Huawei will actually implement this concept on the Mate 40 phone. 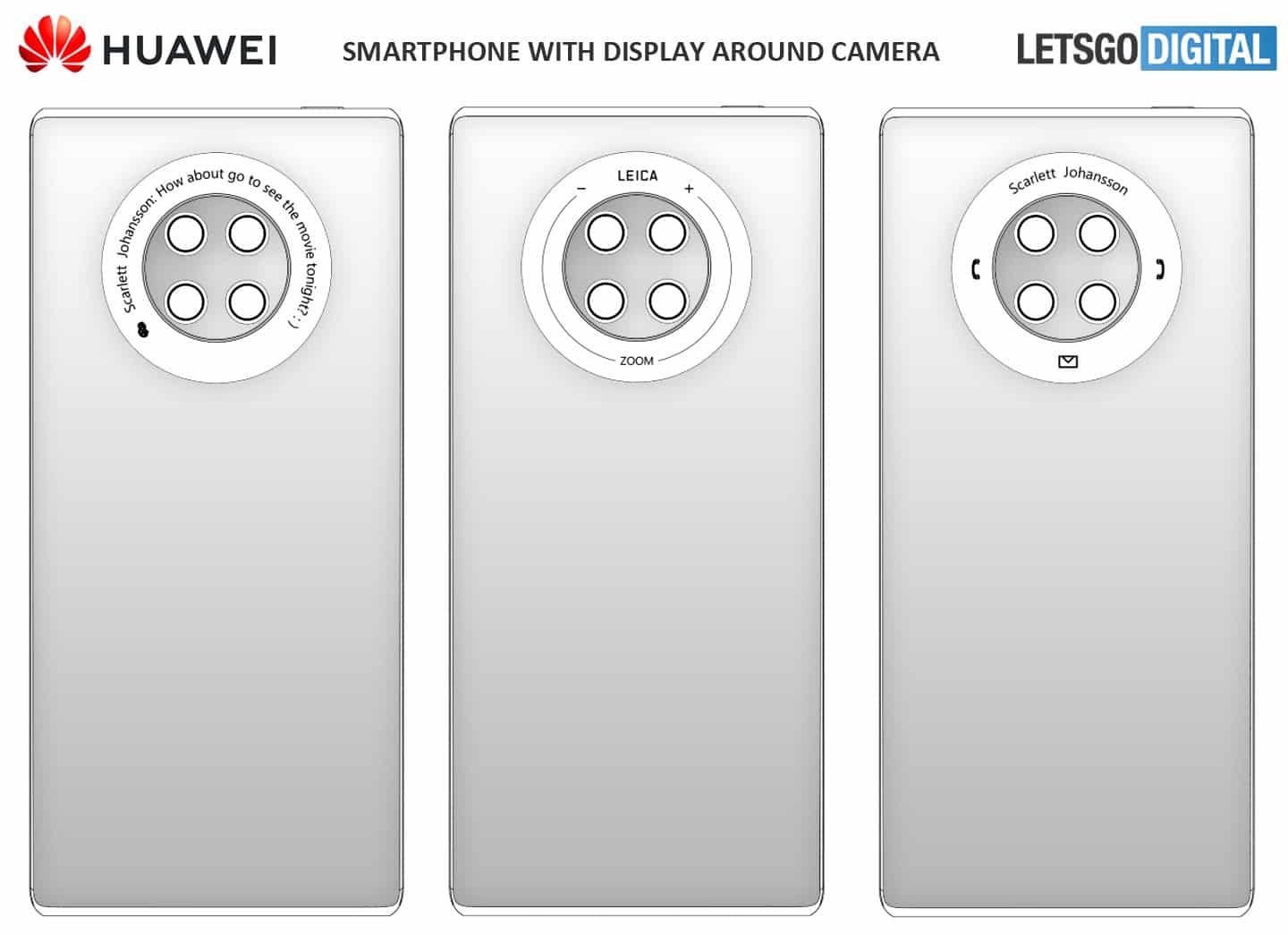