A few days ago, Huawei announced a huge donation of masks to help countries in Europe to deal with the surge of COVID-19 pandemic. The outbreak in China is pretty much established at the current date, and companies and factories are resuming operations. Now, however, Europe is one of the epicenters of the pandemic. Meanwhile, the virus has spread to the North and South America. Huawei, just like other companies is trying to help these countries the best way it can, however, after a comment from EU’s Foreign Chief Josep Borrell, the company hinted that it will scale down its efforts to help Europe.

According to Borrell, Huawei’s efforts are nothing more than “politics of generosity”. The EU Chief stated:

“Following the EU’s donation of medical equipment to China earlier in the year, “China has brought down local new infections to single figures – and it is now sending equipment and doctors to Europe.”

According to him, China’s generosity comes to push the message that it is a responsible and reliable partner. Or in other words, show how they are better than the US in dealing with this crisis. Borrell further states that Beijing attempted to discredit the EU as well. As you can see, this is just another chapter of China vs US war playing, however, the situation is different now, and there’s no time for such discussion. 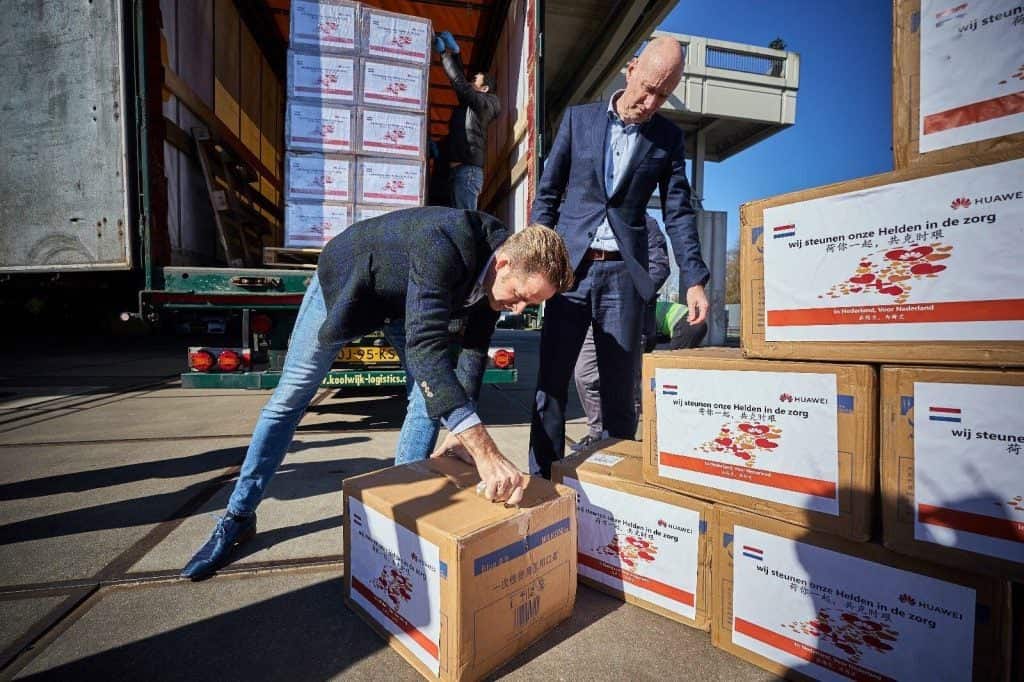 A Huawei official reportedly disclosed to EURACTIV that the company will scale down its donation of masks to countries in Europe. The smartphone doesn’t want to be a character in the US vs China war. The consequences of this war are still affecting Huawei. The company, however, states that it still is open to discussions with health authorities in Europe. The official further endorsed, that the donations weren’t meant to be a promo campaign to lift Huawei’s reputation in Europe.

“This isn’t the type of narrative we want ourselves to be associated with,” the official said, adding that the original intention of Huawei was never the engage in a ‘politics of generosity’ as Borrell had suggested. “We will be putting an end to our mask donation programme here in Europe,” the official added. “For us, this was never meant to have been a PR campaign.” – Huawei official.

In the hard times we’re living, it’s terrible to see that authorities are still concerned with politics.