Chinese manufacturing giant, Huawei, recently unveiled the Huawei P40 flagship series. Obviously, Huawei can not do business with many American companies which is a loss on both sides. However, it seems that Huawei does not have any issue with hardware despite the US ban. Recently, we got the full list (in Chinese) of component suppliers for the Huawei P40 series. Recall that the P40 series include Huawei P40, P40 Pro and P40 Pro+. 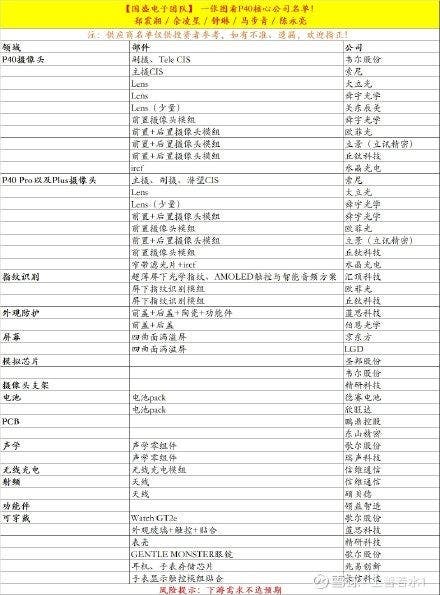 We can see from the list that a huge chunk of the components come from Chinese suppliers. After using Samsung’s display for the Mate 30 series, Huawei dumped Samsung this time. Recall that Chinese display maker, BOE shot into limelight after Huawei used its flexible display for some of the  Huawei Mate 20 series. Previously, Huawei Mate X and Mate Xs foldable phones also come with BOE display. What do you think about this list? Let us know your thought in the comment section below